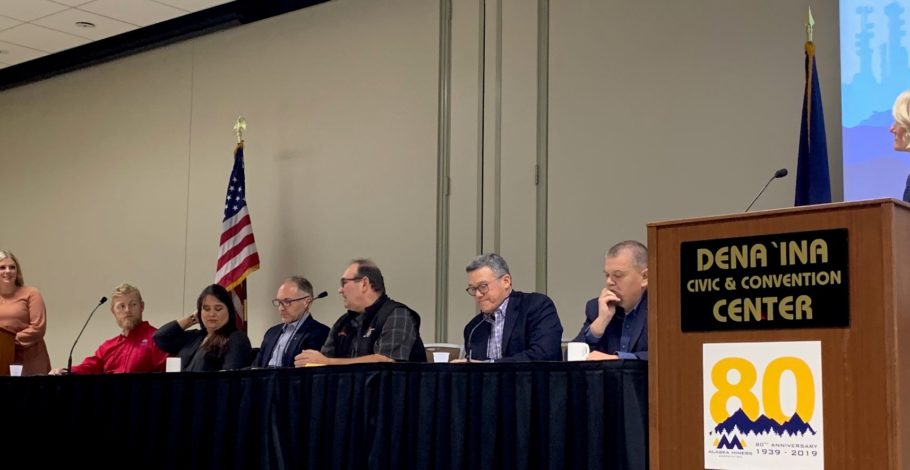 Last week, the Alaska Miners Association celebrated its 80th anniversary with a week-long convention in Anchorage.  Miners and mining enthusiasts – from placer to hard rock to rare earth in nature – came from across the state and around the world.

There were technical discussions with topics focused on the engineering, geoscience and technologies necessary to prospect and produce a working mine.

There were updates from some of the projects – large and small – on the progress being made to extract from Alaska’s vast wealth of earthen riches.

There were panel discussions on topics such as the social impacts of mining (noted in this Power The Future blog entry), as well as biodiversity and community interests.

Alaska Commissioners Corri Feige (DNR) and Jason Brune (DEC) keynoted two of the three lunches, with Congressman Don Young and BLM Deputy State Director Kevin Pendergast speaking at the other.  There was even a “debate” at the Thursday breakfast between pro-mining economist Bob Loeffler and Guy Archibald with the anti-development Southeast Alaska Conservation Council.

The men and women of Alaska’s mining industry should be proud of the way their convention focused on the positives of a major part of Alaska’s economic machine.  Those who work in mining – again, whether large-scale or small – toil in conditions that would make weaker men and women run and hide.  They do so for the love of the industry, for the six-figure paychecks, and for the chance to wake up each day with a passion for their jobs.

Power The Future salutes these men and women, and we look forward to partnering with the AMA to help move additional mining opportunities forward.

Alaska
mining
Back to Blog Posts