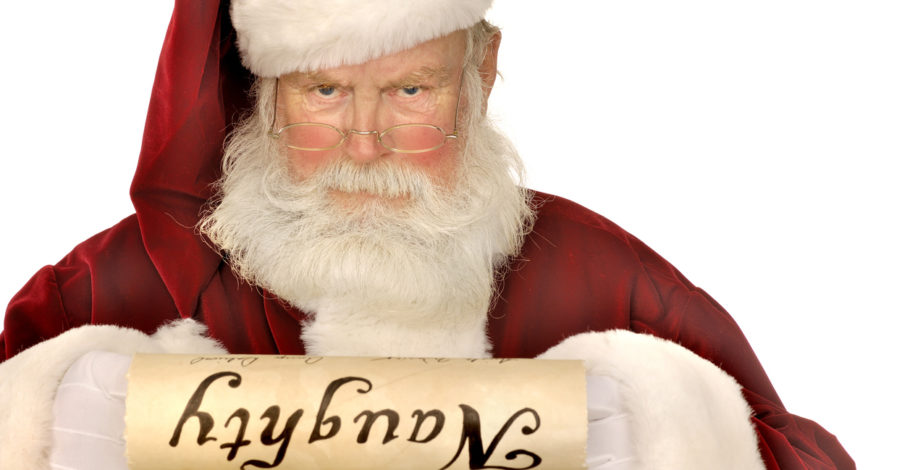 Santa’s journey for 2019 came to a glorious conclusion this week, as men, women, boys and girls all over the globe woke to the sounds, smells and sights of Christmas.

Whether rich or poor monetarily, families celebrating Christmas were warmed by being with one another.  They were also most likely warmed by power generated by energy workers.  Here in America, Power The Future is working hard to advocate for those bringing the US into what we hope is a permanent status of energy independence and world energy dominance.

In part two of a two-part series, we’d like to focus on a few people who have helped move Alaska’s energy conversation and future-forward.  We focused on the “Merry and Bright” edition of this series yesterday, but today, let’s hand out well-deserved jeers and lumps of coal to the following:

Robin Brena and the “Alaska’s Fair Share” Initiative team – for attempting to introduce complex changes to Alaska’s oil and gas tax structure via a two-page document rife with ambiguity and open to political winds instead of solid legal standing.  Not only would their proposal nearly triple the tax rates on Alaska’s most well-known and historically productive (but now declining) fields, but it would lead to decreased investment, increased employment risk and an instability in the industry that already funds the vast majority of the state’s revenue stream.  Not smart, gentlemen.

Cook Inletkeeper, Northern Alaska Environmental Center, Alaska Center (for the Environment) and other eco-extremist organizations across the state – for their ongoing efforts to create discord around responsible resource development, shuttering jobs and locking up more of Alaska from being open for business.  They just don’t seem to understand the fact (or they don’t care, as long as they can raise money by their actions) that most Alaskans respect and support the balance this state has between environmentalism and development.  The above-mentioned groups will continue to speak loudly to a small number of radicalized Alaskans who value wildlife above human life.

Save Bristol Bay (aka, Trout Unlimited Alaska), the United Tribes of Bristol Bay and others from the region – for ignoring the science brought forth by the US Army Corps of Engineers that says the proposed Pebble Mine plan would not harm fish.  That scientific analysis doesn’t fit with those groups’ agenda – to make the non-commercial-fishing sector of the region suffer with suffocating unemployment, all because their fear – however scientifically misplaced – won’t allow them to see that mining and fishing work hand-in-hand elsewhere in our great state.

Power The Future knows there are dozens of other “well-deserving” people and organizations who wake up every morning with a goal of stifling development in Alaska.  While we haven’t mentioned you here, know that we’re onto you, and plan to make your 2020 efforts in vain.  Alaska and its energy workers – present and prospective – deserve so much more than your silly, backward-looking labors to dim our state’s bright future.