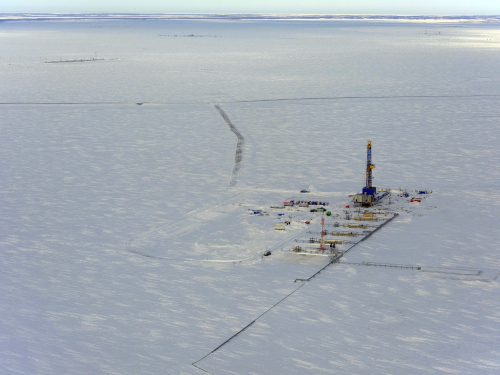 As we’ve written about previously, the Alaska Industrial Development & Export Authority (AIDEA) holds executed leases for nine tracts in the 1002 area of ANWR.  Their board previously allocated $20 million to purchase and begin to develop lands within the 1002.  Yesterday, the board considered spending $1.5 of the money to begin seismic studies, designed to locate potential oil and gas deposits in their lease-held areas.

The push-back during the public comment period in the board meeting was expected; after all, coordinated attacks from eco-Left groups had been heard during previous board sessions.  This time was no different, as feelings-over-facts, outlandish arguments against spending the money made many observers chuckle.  One protestor rudely suggested the board “check themselves into Betty Ford Clinic for their oil addiction.”

Testifying in support of the expenditure were members of the Resource Development Council, Alaska’s Associated General Contractors’ organization, and Power The Future’s Alaska State Director, Rick Whitbeck. A good recap of the testimony, including Rick’s comments, can be found here.

In the end, in spite of the misguided objections of the extremists, AIDEA’s Board voted unanimously to move forward with the seismic study.

We look forward to hearing positive findings from the surveys, and one day, seeing the potential thousands of jobs materialize that will be associated with responsibly developing ANWR come to fruition.