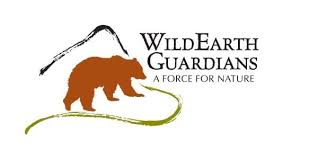 WildEarth Guardians is an eco-activist group quickly gaining prominence on the left. Unlike some that try to hide their true identities, WildEarth is transparent about what they want – the end of the energy industry as we know it and the destruction of hundreds of thousands of jobs.

When they call themselves “Wild,” they’re not kidding.

And they’re funded by you, the taxpayers.

WildEarth Guardians claim they want to “protect and restore the wildlife, wild places, wild rivers, and health of the American West.” In reality, they would wreck the U.S. economy if they got their way.

“Keep It In The Ground”

WildEarth Guardians are not only opposed to the energy that powers America, they view it as immoral. The group claims coal mines and fracking wells aren’t “right” and are “downright un-American.” That’s right – the hundreds of thousands of American energy workers helping us compete on the world stage are “un-American” in the eyes of WildEarth Guardians.

That’s their justification for supporting an eco-movement known as “Keep It In The Ground.” The far-left group believes fossil fuel production should cease. They want to stop it “in its tracks” and are pushing a fracking moratorium on public lands.

WildEarth Guardians’ extreme beliefs have caused real damage to the economies of the West, and they’re threatening to make it even worse.

Their tactics are straightforward: use the legal system as their weapon. They seek to stall energy leases, close down plants, throw people out of work, and make it harder for the West’s economy to prosper through lawsuits.

When WildEarth Guardians “wins,” you lose. Unfortunately, they have many “wins” to point to.

The Colorado plant shutdowns will cause $500 million in rate hikes on customers. The closing of just one plant alone cost 80 jobs.

In New Mexico, WildEarth Guardians are working to close a power plant and coal mine in San Juan. Experts say this could lead to the loss of nearly 1,500 good paying jobs, with salaries of $86,000. WildEarth Guardians has no qualms about laying off the on average 47-year old workers with little chance of finding a new, comparable job. The group’s efforts in New Mexico could also hurt schools. Without the San Juan plant and mine, local K-12 schools will lose$3.6 million in revenue. The state and county will also lose millions more, threatening basic government services.

If Wild Earth Guardians gets its way and keeps fossil fuels in the ground, the over 150,000 oil and gas workers and over 50,000 coal workers in America will lose their jobs. It would be devastating to families across our country.

You might be surprised to learn that a group with such an extreme agenda is funded by your tax dollars, but that’s the truth. WildEarth Guardians sues the government while it takes our money.

In fact, 12.4 percent of WildEarth Guardian’s contributions came from government grants in 2017.

Taxpayers should not be funding a group that wants to wreck our economy. American workers deserve better.