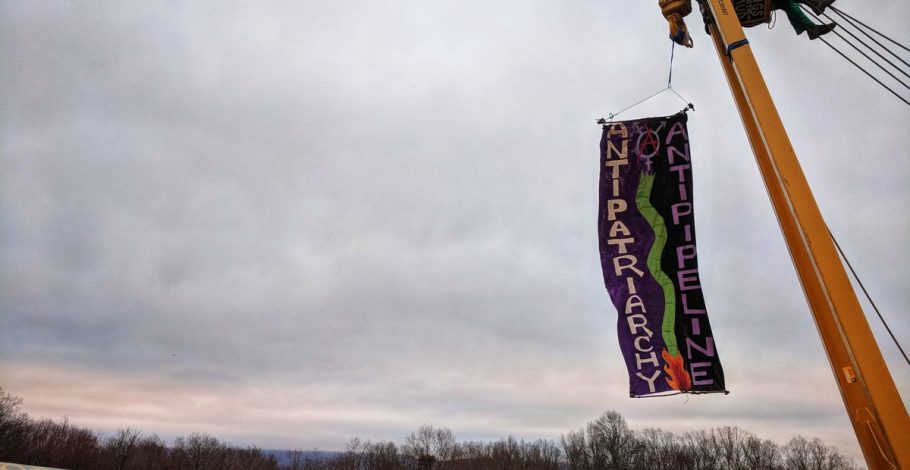 What does an energy pipeline have to do with the patriarchy?

Your guess is as good as ours, but for one West Virginia eco-extremist protestor, the two go hand-in-hand.

West Virginia State Police were forced to remove yet another environmental activist protestor from the work site of the Mountain Valley Pipeline after the protestor reportedly “climbed and locked himself to a boom tractor, about 20 feet in the air.”

That wasn’t all the protestor did – he also hung a massive sign from the tractor that read, “ANTIPATRIARCHY, ANTIPIPELINE.”

Just weeks ago, another protestor “was perched on top of an excavator at an MVP work site on Rt. 219 in Lindside all day,” forcing West Virginia State Police to remove the protestor, who was “charged with obstructing an officer, trespassing, injuring or tampering with a vehicle, and littering.”

These latest protests come after a mother-daughter pair of activists protesting the very same pipeline made the news for sitting in trees for over a month.

These kinds of aerial protests from radical environmentalists have become common in recent months. In Louisiana, protestors opposing the Bayou Bridge Pipeline have embraced crazy antics like hoisting themselves 35 feet in the air in “sky pods” to avoid felony trespassing charges.

Eco-extremists seem to be willing to do anything to gain attention and fame, even if it means selfishly taking law enforcement away from more important duties like protecting the community from crime.

The only thing crazier than their antics are their policies, which would decimate our economy and hurt countless energy workers. We’ll do everything we can to make sure that doesn’t happen.