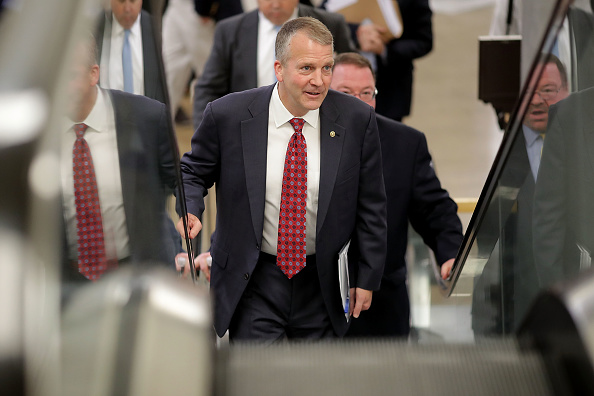 Kudos to US Senators Dan Sullivan and Lisa Murkowski (our very own Alaska champions!), along with North Dakota Senator Kevin Cramer and Oklahoma Senator Jim Inhofe, for taking steps this past week to protect Alaskan energy jobs and future opportunities.

Senator Sullivan took the opportunity during the CARES Act signing ceremony with President Trump to strongly voice his concerns about recent decisions by numerous banks, to deny future funding to companies looking to responsibly develop resources in the Arctic.  Calling the banks’ actions discriminatory to energy workers, Sullivan’s comments struck a nerve – in a good way – with the President.  With the banks asking for government assistance during the COVID-19 situation, while denying assistance to companies looking to put people to work, Sullivan, Murkowski and other Congressional leaders noted the hypocrisy.

Murkowski’s emailed statement said: “It would be contrary to the law as passed by Congress — in other words, illegal — for these banks to implement federal financing programs under the CARES Act in a way that disadvantages Alaska or companies who operate in the Arctic.”

Senator Sullivan also joined with Senators Inhofe and Cramer to ask Commerce Secretary Wilbur Ross to consider their position that oil imports from Saudi Arabia and Russia have tariffs applied to them, in response to the countries’ actions last month that helped crash worldwide oil markets, already reeling from decreased demand from COVID-19.

Power The Future has also called for tariffs against imported oil from both countries.  While we are – at our very nature – pro-market and limited regulation from an economic standpoint, what Saudi Arabia and Russia did was not an economic play, but a political one.  Realizing their actions would harm American energy independence, and potentially revert the US to an energy-dependent nation, the two countries made a calculated, strategic, political maneuver.

We applaud energy champions like Senators Sullivan, Murkowski, Inhofe and Cramer for standing up for workers across the nation, who have been some of the hardest-hit from COVID-19 and Saudi/Russian actions.

While the world begins to return to normal, there will be hundreds if not thousands of energy companies who will never again reopen.  For those workers, having leaders like the four above Senators stand up for them won’t help put food in their refrigerators or make their mortgage payments, but it will hopefully lead to jobs for them in the near future.