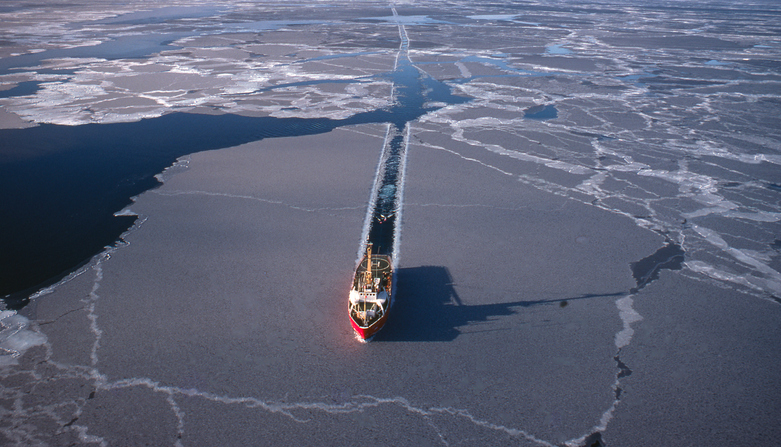 President Trump’s latest Presidential Memorandum could have monumental impacts on Alaska and the Arctic.

Successful implementation of the directive would lead to building both heavy- and medium-level Polar-Class Security Cutters (PSCs), which have icebreaking ability, and would be used for “the full range of national and economic security missions (including the facilitation of resource exploration and exploitation and undersea cable laying and maintenance).”

The President also noted the need for “An assessment of expanded operational capabilities, with estimated associated costs, for both heavy and medium PSCs not yet contracted for, specifically including the maximum use of any such PSC with respect to its ability to support national security objectives through the use of the following:  unmanned aviation, surface, and undersea systems; space systems; sensors and other systems to achieve and maintain maritime domain awareness; command and control systems; secure communications and data transfer systems; and intelligence-collection systems.  This assessment shall also evaluate defensive armament adequate to defend against threats by near-peer competitors and the potential for nuclear-powered propulsion.”

With the Arctic opening up for more tourism, resource development and transportation, keeping Alaska safe and secure against threats becomes more crucial.

With studies showing opportunities for deep-water ports in locations on Alaska’s western coast, it was good to see a section of the memorandum focus specifically on building out port and associated infrastructure in two domestic and two international locations.

Power The Future applauds President Trump for his continued vision for enhancing American energy jobs, increasing national security and continued commitment to world-class infrastructure development.  Alaska has a number of outstanding projects that will benefit from an improved Arctic icebreaking fleet.  We look forward to its development.