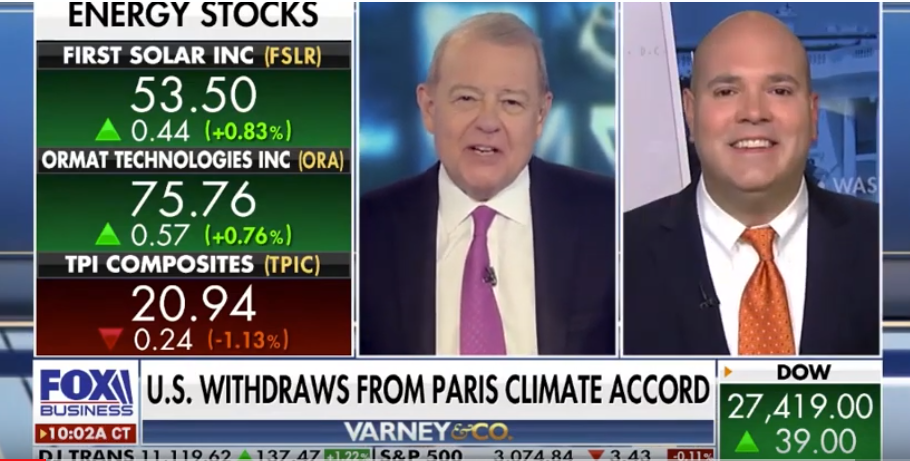 On Monday, the Trump administration formally notified the United Nations that it would withdraw the United States from the Paris Agreement on climate change.

Secretary of State Mike Pompeo said in a statement, “President Trump made the decision to withdraw from the Paris Agreement because of the unfair economic burden imposed on American workers, businesses, and taxpayers by U.S. pledges made under the Agreement.”

The letter to the United Nations on Monday would allow Mr. Trump to officially pull the United States out of the Paris Agreement the day after the presidential election. The United States would still be allowed to attend negotiations and weigh in on proceedings but would be downgraded to observer status.

According to Article 28 of the Paris Agreement, the withdrawal would not be effective until November 4th, 2020. Ironically, that is one day after the next U.S. presidential election.

All democratic presidential candidates running to replace him, have already pledged to rejoin the agreement if Trump pulls out.

They are once again sidelining the interests of American energy workers, taxpayers, and households across the country for their own political gain, taking the stance of environmental activists.

Today, Daniel Turner, Executive Director of Power The Future discussed the implications the Paris Accord would have on the U.S. economy and how Americans would suffer on Varney and Co.