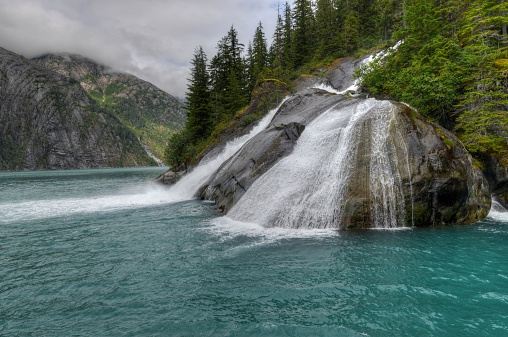 The Tongass National Forest – the U.S.’s largest – used to be a base of operations for several logging companies. In 1990, there were more than 4,000 employees in Alaska, when both logging and mill operations were counted. Then came the Clinton administration, where a war on clear-cutting became the standard operating procedure for the environmentalists who had the administration’s ears.  By 2010, there were only 400 or so Alaskans involved in the industry.

With President Trump signaling a renewed interest in putting Americans to work, the Forest Service plans on offering leases in the Tongass, beginning later this year. As noted in a blog earlier this month, those lease announcements brought out eco-extremists – Earthjustice, Alaska Rainforest Defenders, Southeast Alaska Conservation Council, Alaska Wilderness League, Defenders of Wildlife, Center for Biological Diversity, National Audubon Society, Natural Resources Defense Council, and the Sierra Club – who filed suit against the plans before they even knew details.

Now, another environmentalist group has joined the fray. Trout Unlimited, which has been extremely active in the fight against the Pebble Mine and was instrumental in supporting the Stand for Salmon ballot measure (which, thankfully for Alaskans, was crushed by nearly 26 percentage points in November 2018), recently announced their support for continuation of the “roadless rule”, a Clinton-era mandate for no new roads in undeveloped areas of national forests.

According to a recent article, Trout Unlimited’s CEO, Chris Wood stated, “The Tongass is the salmon forest. It provides 40 percent of the wild salmon on the West Coast—a $1.4 billion industry.”

Trout Unlimited, along with the other environmental organizations, needs to realize that Alaskans want their lands preserved for hunting, fishing, hiking and other recreational activities. At the same time, with jobs in Southeast Alaska still more difficult to find than elsewhere in the state, logging and mill jobs would be welcomed.

Power The Future salutes the Forest Service for working within existing environmentally-protective frameworks to put Alaskans back to work.