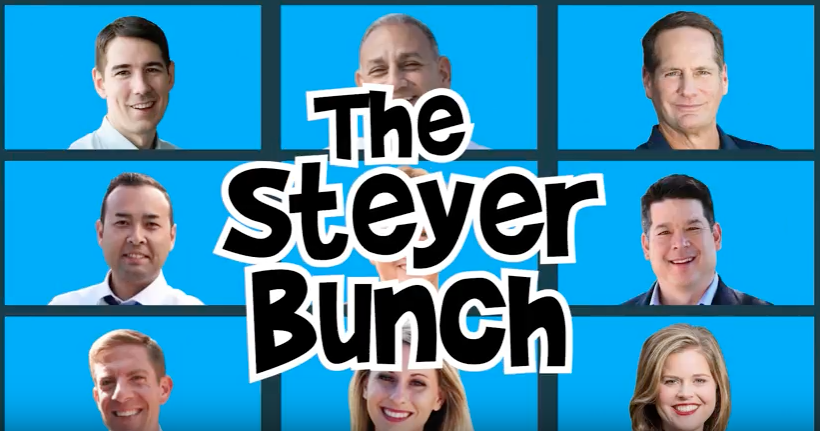 Even a broken clock is right twice a day.

The latest to prove that old adage true was none other than Tom Steyer.

In a recent interview, the billionaire hedge fund mega-donor said, without a hint of irony, “A group of very rich, very entitled white men wanted to tell the country, ‘We are going to have our way. And if you don’t like it, that’s too darned bad.’”

Tom Steyer, for all we can tell, is a rich, white man.  And he has spent $40million on a failed “impeachment” campaign.  He has spent over $100 million to redefine a party in states where he does not live on candidates who will not represent him. He has spent money on ballot initiatives in states like Washington, Arizona, and Michigan. These are all states where he does not reside and where he will not feel the consequences of his implemented policies.

In fact, using his riches to foist an agenda on America is Steyer’s favorite hobby.

Climate Change does not resonate with voters this election cycle. It does not resonate as a national issue, and the thriving US economy has made us the number one energy producer in the world.  Americans, by and large, celebrate this, and cannot understand why this rich entitled billionaire feels the need to crush this progress.

Just last weekend, Steyer hosted a fundraiser in California for nine house members. We at Power the Future decided to have a little fun with the Steyer nine, or as we call them, the “Steyer Bunch.”

Between writing fat campaign checks, hosting fundraisers and pushing climate change on a disinterested electorate, Steyer has done more than his share as an entitled, rich white man.

So it turns out Steyer is right about one thing: there’s one rich man who has been telling this country how to think for too long, namely, himself.