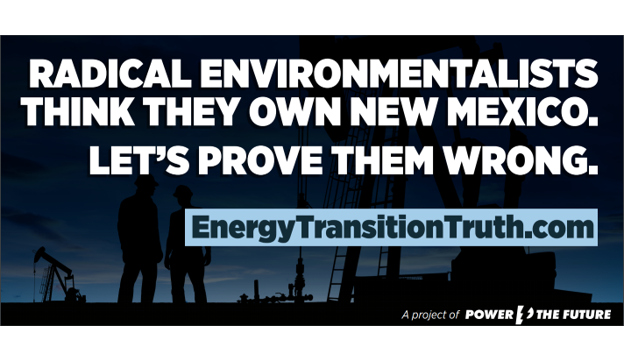 In New Mexico, the law is called the Energy Transition Act or ETA and it forces green energy standards upon New Mexicans in the years and decades ahead. Keeping in mind, New Mexico is a national leader in oil and natural gas production and the energy industry is responsible for over 90,000 jobs and billions in revenue across the state.

Despite these facts, radical environmentalists wielded insider access to write the ETA and passed it through the state Legislature.

Now, Power the Future wants to give New Mexico’s energy workers a voice they can use to stand up to the eco-left.

Power The Future’s Western States Director outlined the reasons for the effort in an op-ed published in today’s editions of the Carlsbad Current-Argus.