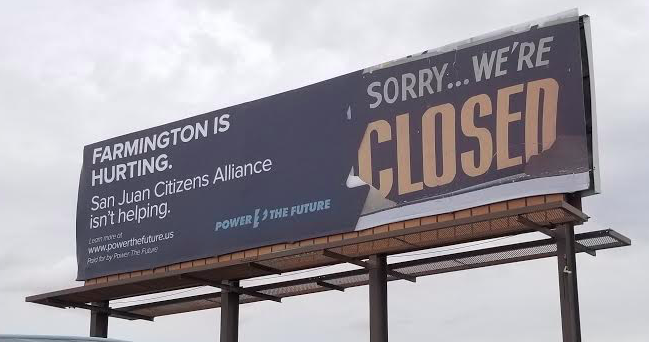 We’ve documented the economic boom happening in New Mexico because of the energy industry, and because of the hard work of hundreds of thousands of men and women.  This is finally trickling into the mainstream media as even they cannot deny the increased revenue ($1.2 billion) and windfall profits from land leases (nearly $500 million).

This isn’t a good news story… this is a GREAT news story.  Jobs.  Prosperity.  Security.  Tax revenue.  Finally New Mexico, like most of America, is catching a break as jobs return and wages rise.

But not all New Mexico, and we haven’t forgotten about you Farmington.  Your struggles continue as unemployment remains high, jobs are scarce, and opioid use increases.  What could change all of this- all of this- is economic growth.  And that’s why we will never stop calling out the San Juan Citizens Alliance.  They have blocked every measure to try to improve Farmington, using the fear-mongering tactics of junk science and outside money from ideological billionaires who don’t live in the area.

It is our hope that Power The Future, only 7 months old, can continue to expose the hypocrisy of this group, and the false dichotomy that we must choose between economics and environment.  We can have both, and in New Mexico, they already do.