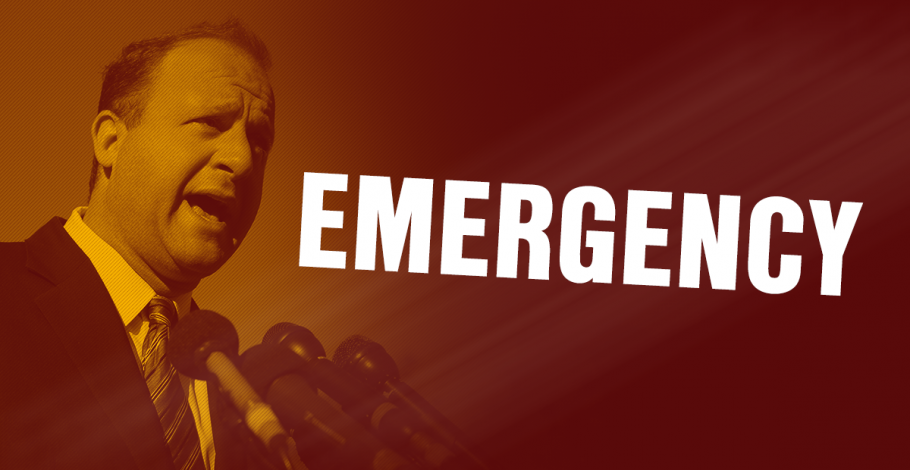 On Saturday, September 8th, radicals in Colorado are gathering because of a climate EMERGENCY.  Yes, you read that right, EMERGENCY.  And if they don’t gather on this day, then doom doom doom will certainly follow.  NO!  This is not political, even though they are gathering at the Democrat Party Headquarters.  This is because there is an EMERGENCY, and the only way to address it is waking up early on a Saturday, ignoring the lawn and the flower beds, and driving (cars- oil) to a rendezvous point to shout junk science in a microphone (electricity- gas and coal) and post hashtags (smartphone- oil) on social media (electricity- gas and coal) about the evils of fossil fuels.

Sadly, there is a REAL emergency facing Colorado, and it has nothing to do with climate or fossil fuels.  It has everything to do with politics.  There is a proposal called Initiative 97 which moves energy set-backs from 500 feet to 2500 feet, and this will destroy the energy industry, and that will crush Colorado.

It means denying $9 billion in taxes for education and infrastructure.

Initiative 97 is so radical that even the very liberal candidate for Governor Jared Polis has distanced himself from it even though he previously supported a similar proposal before he sought the Governor’s mansion.

Initiative 97 is an EMERGENCY in the making.  And the consequences are not ethereal, unquantifiable, or political.  The consequences will be real and painful.  Power The Future will do our part to educate the people of Colorado on this disaster in the making and who’s behind it.