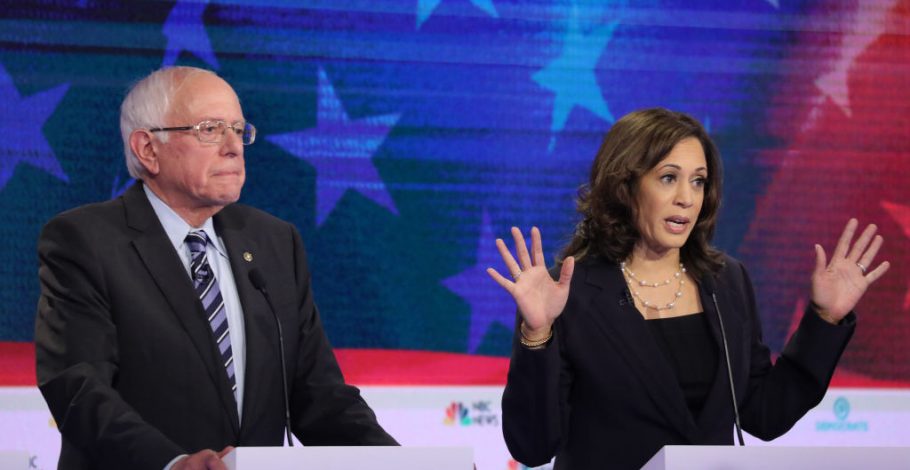 Alexandria Ocasio-Cortez’s socialist-inspired “Green New Deal” has been endorsed by nearly every 2020 candidate, and California Senator Kamala Harris stressed her support for the proposal during the debate.

Talking about California’s wildfires, Harris lambasted the “climate crisis” and said, “That’s why I support a Green New Deal.”

One candidate, former Colorado Governor John Hickenlooper, was at least willing to attack the “Green New Deal,” saying “socialism is not the solution.”

But then he quickly parroted eco-left talking points, lauding how he eliminated coal plants (and jobs) in Colorado.

During the next debate, the moderators should hold these candidates’ feet to the fire and ask them to explain how they would pay for any of this and what they would say to the countless Americans who would lose their job.

These candidates need to be asked what sacrifices the American people would have to make under their eco-regime, and how they would magically replace today’s good-paying energy jobs with fantasy green jobs. They need to be pressed to explain why abandoning our current energy boom wouldn’t strengthen our enemies like Russia and Iran.

Unfortunately, the mainstream media’s track record on asking the necessary questions about eco-policy is poor. They’re more likely to cheer on the candidates’ proclamations about a “Green New Deal” without a second thought.

That’s a pity, because if any of these candidates actually tries to implement their extreme policies, it will be the American people paying the price.