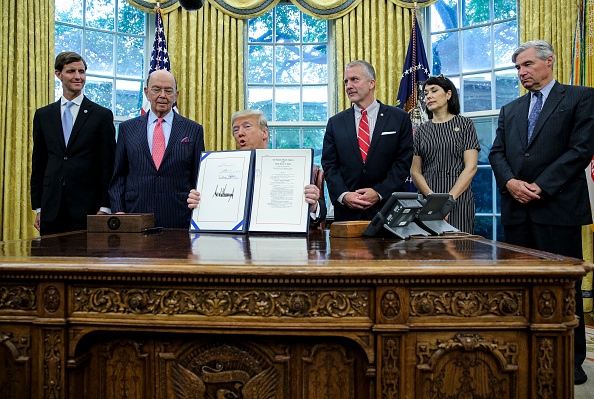 Today President Trump signed the Save Our Seas Act, a bi-partisan effort which passed through Congress unanimously that is aimed at cleaning up the oceans.  Even though the vast, vast majority of the ocean garbage comes from other countries, America will, once again, step up as the world’s leader to fix the problem.

Much to their credit, the sponsors of the bill, Sen. Dan Sullivan (R-AK) and Sen. Sheldon Whitehouse (D-RI) (the latter who is by no means a fan of the President) participated in the White House signing ceremony and thanked the President publicly for his support of their bill.

We at Power The Future did not expect these phony groups to give the President some award or shower him with praise, but it is telling they cannot rise above their purely partisan agenda to even acknowledge that we can work together.

Also of note: nothing from Tom Steyer or Michael Bloomberg.  They pride themselves in being champions of the environment, yet they are nothing more than champions of their own jaded, power-hungry ideological agenda.  We see right through them and are pretty confident all of America does, too.