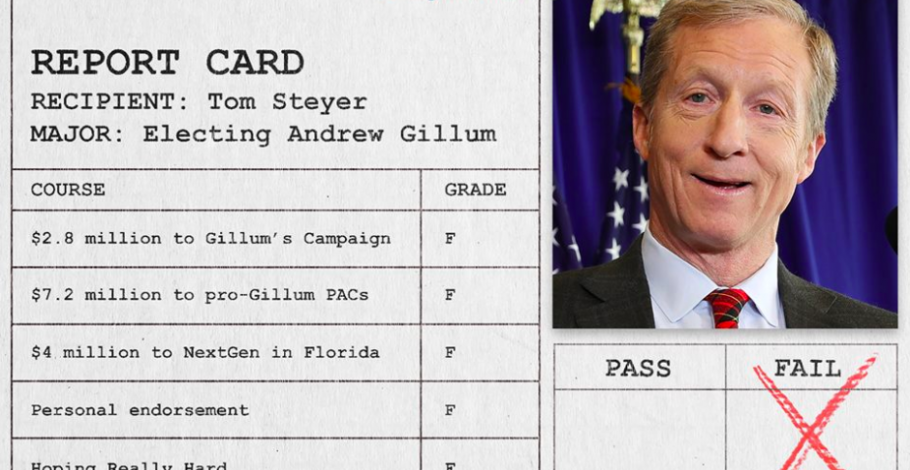 As the pundits sort out winners and losers from last night’s election, billionaire Tom Steyer is coming up woefully short in a state he bet big on. Progressive darling Andrew Gillum was defeated in the Florida gubernatorial race, despite nearly $14 million dollars flowing into his campaign apparatus and outside groups from Steyer.

The political pundits noted the importance of having a Republican governor presiding over a key swing state heading into 2020. But another point is getting overlooked, and that is the radical policy agenda being pushed by Gillum. Gillum advocated for destroying the oil and gas industry with his pledge to achieve 100 percent renewables.

Luckily, Florida’s energy workers will be spared these terrible policies.

Other than Gillum, the real loser in this race is Steyer. All his millions and the efforts of his organized political machine in the state came up short.

Apparently, it takes more than some outside money and an endorsement from Tom Steyer to win a Senate race. 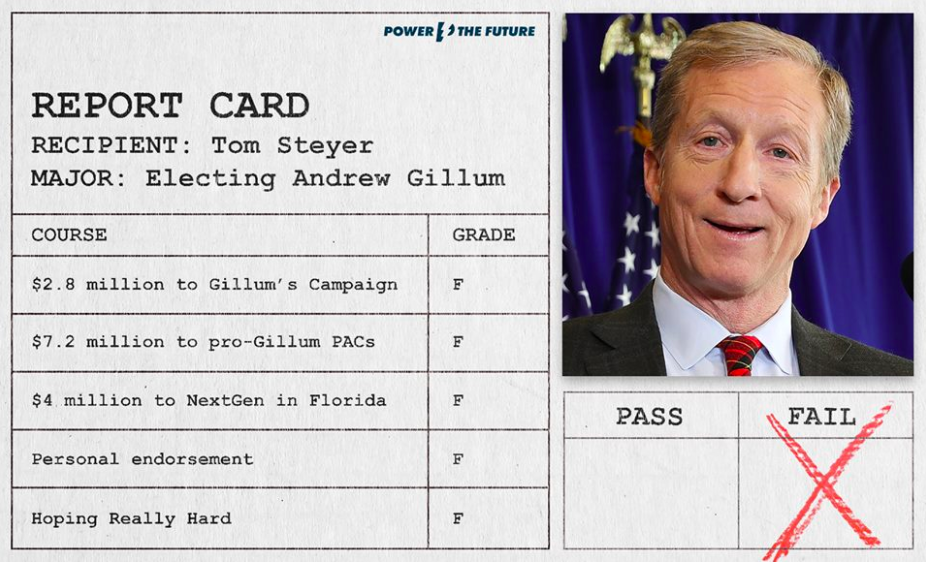