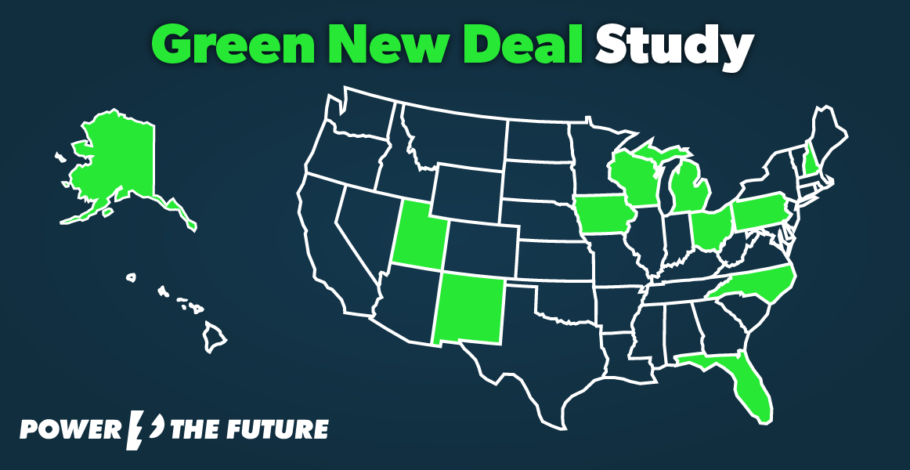 Rep. Alexandria Ocasio-Cortez and a growing number of Democrats are touting the so-called “Green New Deal,” but they’ve resisted every effort to nail down the inconvenient details. We decided to help them out.

Power The Future partnered with Competitive Enterprise Institute’s (CEI) Kent Lassman to study what the GND would actually cost American families in eleven different states just to comply with requirements in 4 categories:

Here’s what we found:

What the Researchers Had to Say:

“This study only calculates a fraction of the cost of Alexandria-Ocasio Cortez’s radical plan, which amounts to a socialist free-for-all with no regard for the American taxpayer. No family should be forced to pay tens of thousands of dollars in the first year alone to fund AOC’s ideological wish list.” – PTF’s Daniel Turner

“The Green New Deal is a radical blueprint to de-carbonize the American economy by refashioning how we grow food, move people and goods, source and distribute electricity, and build the structures where we live, work, and play. Our analysis shows that, if implemented, the Green New Deal would cost for American households at least tens of thousands of dollars annually on a permanent basis.” – CEI’s Kent Lassman

News Coverage of the Report:

Daily Caller: Study: Green New Deal Would Suck More Than $70k From Households In Five States In One Year