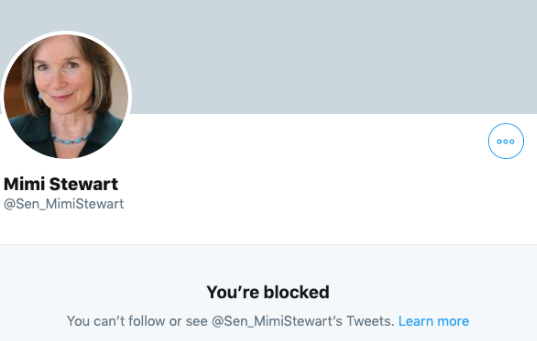 To block or not to block? There is no question for one New Mexico state senator.

Senator Mimi Stewart in one of the sponsors of New Mexico’s controversial Energy Transition Act, AKA the “mini green new deal.” You might think that as an elected leader paving the way for one of the state’s landmark energy laws, she’d be open to hearing from everyone.

Power The Future’s Western State’s Director is blocked from following Senator Stewart on social media as she continues to champion radical green policies. The good Senator has yet to give a reason why. You might recall there is a court case brewing to argue if public officials can block critics on social media.

For now, it appears Senator Stewart has already ruled in her own favor.