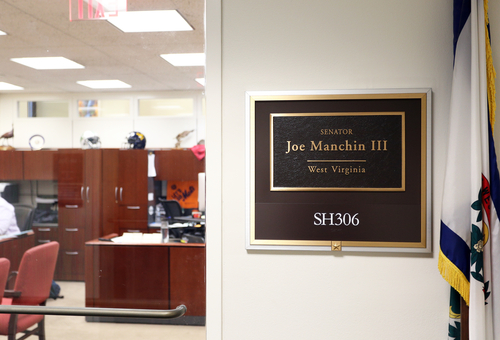 Sen. Joe Manchin, chairman of the Senate Committee on Energy and Natural Resources, holds the pen and gavel of the congressional panel, and is working to reshape Biden’s climate ambitions. Sen. Machin represents West Virginia, which is second in coal and seventh in natural gas production among the 50 states.

With such a large concentration of the oil and gas industry in the state, it is vital that Sen. Machin takes in the importance of the industry and all the job and economic benefits it brings to our country, and his home state of West Virginia.

Sen. Manchin has made clear he does not support legislation that would eliminate the burning of fossil fuels, particularly coal and natural gas. While Sen. Manchin does support some of the climate measures proposed by President Biden, he is working to ensure they protect and extend the use of reliable energy sources like coal and natural gas. The New York Times reports:

But the most powerful climate mechanism in the budget bill — and the one that Mr. Manchin intends to reshape — is a $150 billion program designed to replace most of the nation’s coal- and gas-fired power plants with wind, solar and nuclear power over the next decade. Known as the Clean Electricity Performance Program, it would pay utilities to ratchet up the amount of power they produce from zero-emissions sources, and fine those that don’t.

Mr. Manchin is also weighing a provision that would pay utilities not just for using more clean energy but for switching from coal — an industry that is already collapsing — to natural gas. The incentives for using natural gas would be smaller but designed to keep the industry afloat.

We hope Sen. Manchin keeps his promise to ensure these climate measures will protect and extend the use of coal and natural gas. It would be unfair to burden American citizens with the added costs and added electricity unreliability of forcibly rushing unreliable energy to our grid.