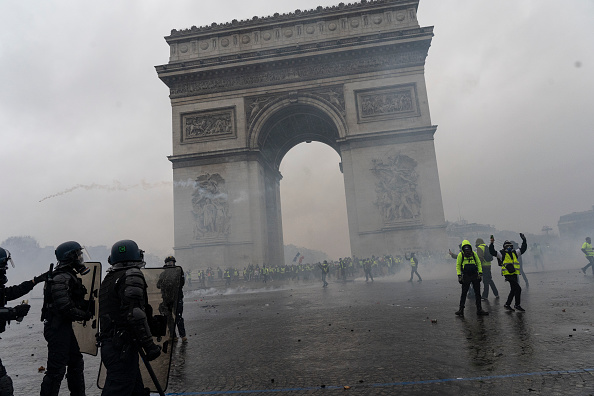 Far-left environmentalists in the United States keep proposing “carbon taxes” as a way to combat global warming, but do they realize the massive costs such policies place on struggling families just trying to get by? With what’s going on in France today, there’s no longer an excuse not to know.

If you haven’t heard the news, the French people are openly rebelling against President Emanuel Macron’s recently hiked carbon and gas taxes, which were specifically implemented as an environmentalist policy. The result? Paris has turned “into a battle zone,” according to Reuters.

“Riot police on Saturday were overwhelmed as protesters ran amok in Paris’s wealthiest neighborhoods, torching dozens of cars, looting boutiques and smashing up luxury private homes and cafes in the worst disturbances the capital has seen since 1968,” reports Reuters. France is now being consumed by “escalating violence.”

In response, French police fired 10,000 tear gas canisters and stun grenades against protestors over the weekend, and Parisians are worried about the violence growing even worse. We’re seeing firsthand the disastrous results of overzealous green taxes.

Even still, members of the U.S. Congress introduced a carbon tax bill just last week. We know the left is stubborn when it comes to economic facts, but you’d think a riot would get their attention.

Then again, with the mainstream media virtually ignoring the story (to protect the climate change narrative?) most Americans don’t even know these riots are happening.

Is this the future environmentalists want for America? They need to take a hard look at the policies they’re advocating for, because France is showing the dangerous consequences of their extremist tax hikes.