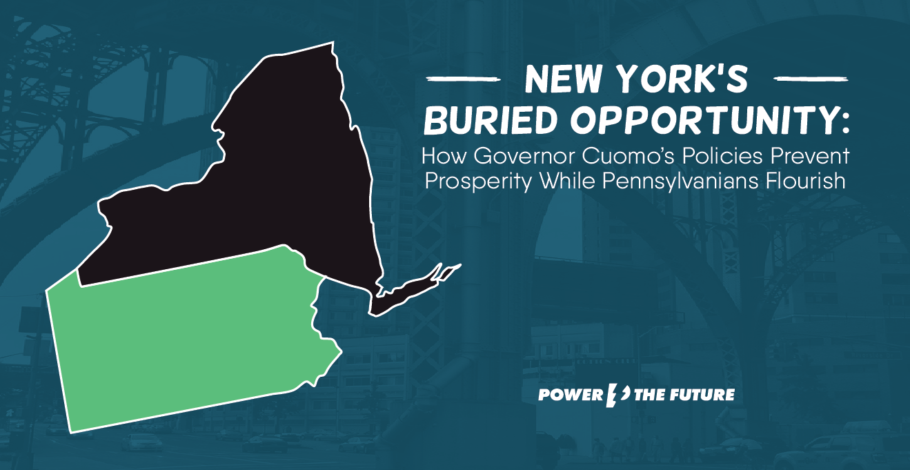 New York and Pennsylvania share a border and access to the Marcellus Shale – the largest natural gas field in the United States. But they do not share similar approaches to energy development. Pennsylvania has harnessed the potential of the Marcellus Shale and fracking technology. New York has taken the opposite approach by banning fracking and using creative legal tactics to try and block pipelines in the state. These divergent energy policies have had a major impact on each state’s economy and population.

• In 2016, “Pennsylvania also experienced the most growth, with total real wages in shale industries nearly tripling during the last decade, while wages in these industries almost doubled over the decade in Ohio and West Virginia.”

• The majority of the development has happened in rural and poorer parts of the state and job growth and local revenue has been largely welcomed by residents and businesses.

• Today, Pennsylvania remains the second highest producer of shale gas behind only Texas.

• New York implemented a moratorium in 2008 and outright ban in 2014 on fracking. This decision has been costly for the state.

• The fracking ban has cost roughly 400 jobs per year in many counties. It has resulted in a “statistically significant increase in unemployment.”

• As a result of the war on pipelines, some utilities have been forced to issue moratoria on new gas connections to “new residential, and commercial and industrial customer gas service connections.” This has limited housing and business expansion in those affected areas.