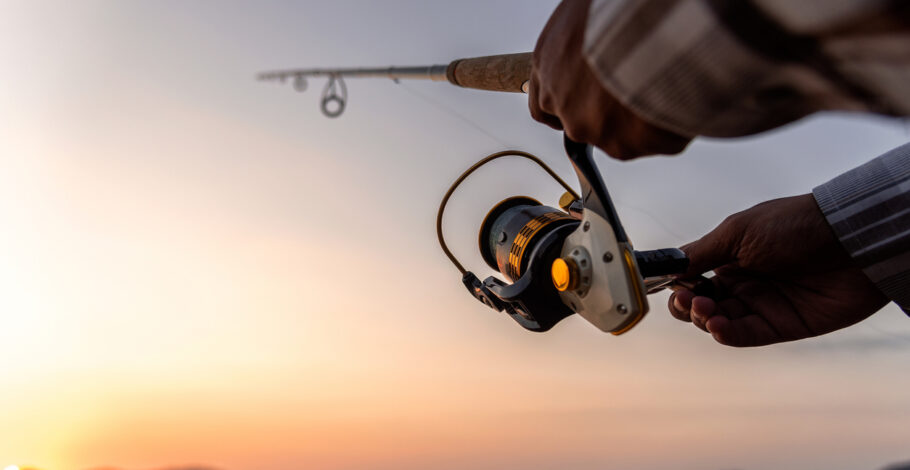 I took some time away from my work with Power The Future last week to recharge and rest.  My family and I spent a week outside of Sterling, Alaska, on the banks of the Kenai River. I decided before leaving for vacation that – aside from catching my limit of three sockeye salmon each day – my “work” for the week would be to ask people about themselves; their jobs, their families, and their views on life.

I spent nearly 40 hours fishing last week and talked with over 100 people while doing so.  Some were Alaskans, some weren’t.  Here are some thoughts from the banks of the Kenai on climate change:

First, a note about the weather.  The week had temps on the weekends in the mid-60s and mid-week sunshine with mid-70s from Tuesday through Thursday. It rained (hard!) this past weekend, but the temps were still in the 60s.  This is important, because most of the week, I fished in shorts, a t-shirt and sneakers, rather than chest waders and raingear favored by most others.

You can’t just walk up to someone and ask, “What’s your take on climate change?”, so the number of people I had enough time and discussion with were fewer than the topics covered the rest of this week.  Still, I talked with five people – two from Anchorage, two from Washington state and Alex from Norway – about their thoughts on climate change.

Alex was particularly interesting, in that he is a weatherman by profession.  His thoughts on the changing climate in his home country struck home: “We hear how we are supposed to be making all of these changes, and it strikes me that animals, nature and man have adapted for centuries.  Why all of the fuss now?”  He said that fires and hotter-than-historic temperatures have people concerned at some level, but not enough to take drastic measures to change their way of life.

The husband-and-wife tandem from near Spokane, Washington couldn’t believe I was in shorts and sneakers, because it was cold to them.  “If this is some catastrophic level of climate change, and we’re going to die in so many years, you’re going to need to figure out a new outfit!”, the wife exclaimed. Her thoughts turned to the fires that Washington had experienced last year, and she bemoaned the timber industry’s demise in their area.  “Had we not gutted the timber industry, a lot of the fuel for those fires wouldn’t have been there.”

Her husband was more cautious, saying “We need to realize there’s only one Earth, but with technology and all of its advantages comes risk to the ecosystem.  Would I trade the conveniences for a guarantee that my great, great grandchildren wouldn’t someday be dealing with massive drought or a world where climate changes cause tremendous destruction?  Maybe.  Probably. I’d like to think that man can use technology to solve this problem, too.”

The Anchorage residents represented the greatest diversity of thought on the subject.  They were a father and daughter, spending time before she left for her first year of medical school.  He worked for BP before retiring last year.  His background working in Prudhoe Bay allowed him to see firsthand the Arctic and its ecosystems for over 25 years.  His take was that the Arctic was protected as much as possible, and that climate change was “over-hyped”, although he understood the rationale behind many of the younger generation’s concern about rising temperatures.

His daughter was a climate change evangelist.  She and I had a 20-minute discussion, where she took me to task for doubting that we’d be dead in “less than the time I’ll be a doctor” if we didn’t take drastic measures to curb the “climate catastrophe” that threatened everyone. She pointed out the well-used talking points about rising temps destroying whole ecosystems, how the fish can’t live in rivers above certain temperature points, about the pollution from fires causing even larger problems than many scientists have been able to calculate, how her Dad’s career in the petroleum industry had led to “immeasurable and incalculable” damage to the Arctic, and how the youth of today had a “moral imperative” to do something, since the older generations were “lacking the courage” to.

When I pointed out the fact she was dressed in GoreTex, using a graphite rod and aluminum reel, brought to the bank by a combustion-engine-powered boat, she told me I was changing the subject, but hoped the “Biden administration makes all of these items illegal.”  When I pointed out the fact her medical training would be done with technologies not possible without responsible development of petroleum and minerals, she accused me of “climate denial” and “being old.”  Her dad laughed, as did I.  My hope is that her fervency against a lifestyle she enjoys only due to technology softens as she continues her education.

Much like yesterday’s story on the Presidential race, my take-away from talking with those five people is that groups like ours have an uphill fight against the ENGOs and anti-development crowd; especially so if Biden wins in November.  We’ll keep fighting, and we appreciate all of you who stand alongside us.  Facts, not fear, is the ammunition to use against those who seek to do harm against America’s energy workers.