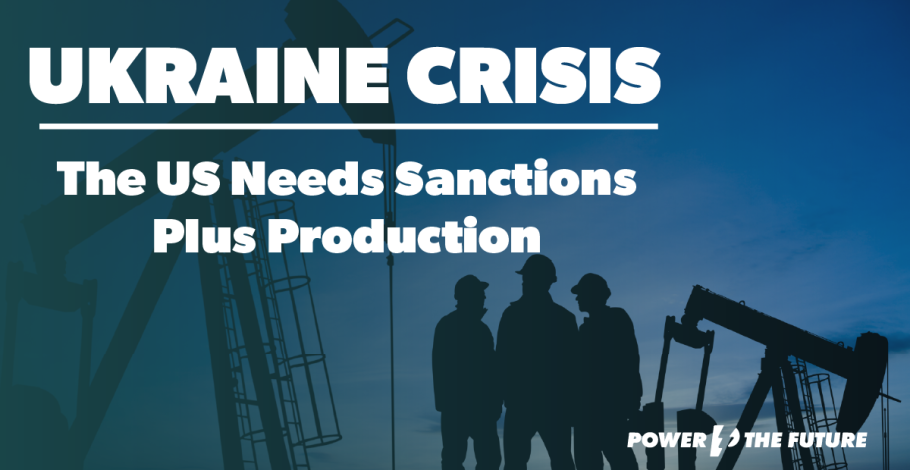 The eyes of the world are on Ukraine today, as the Russian military has begun its invasion of the independent nation. Power the Future is calling on President Biden to unleash America’s energy dominance in response.

For years, European energy policies have made the continent more dependent on Russia for oil and natural gas. As a result, Vladimir Putin’s regime has been enriched.

In today’s Wall Street Journal, Kenneth Griffin and Niall Ferguson write about how Europe should respond to this crisis.

Europe needs to replace as much Russian gas as possible with liquefied natural gas, ideally with long-term contracts to buy gas from allied countries such as the U.S. The American capacity to export liquefied natural gas is growing every year. Some European countries have already begun building substantial infrastructure to take advantage of this growth…

Like Europe, it is past time for the Biden administration to also understand how its energy policies have emboldened our nation’s biggest geopolitical rival. To that end, PTF wrote to the President today offering our game plan to unleash American energy. While President Biden has offered sanctions as a response to Russia’s invasion, PTF’s letter advocates a “Sanctions Plus Production” plan built around four recommended actions for the administration to undertake immediately:

The Biden energy agenda has been a disaster for the American economy and America’s foreign policy. It is time to reassert our nation’s energy dominance, and stand-up to our enemies.