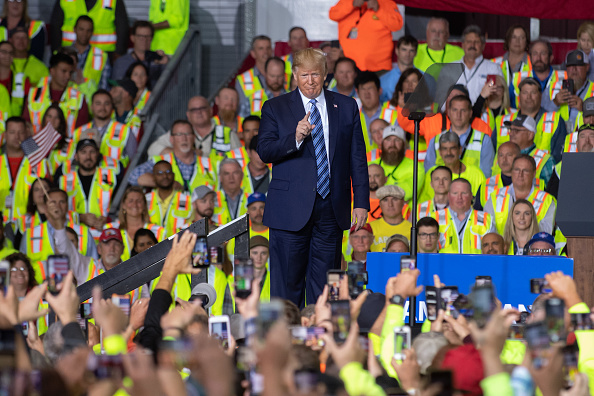 Yesterday, President Donald Trump delivered a rousing speech to manufacturing workers in Pennsylvania, during which he defended America’s energy independence and our booming natural gas industry.

Trump’s speech came as he toured a new Shell facility in Monaco, Pennsylvania, which the New York Post reports “will provide hundreds of jobs to the struggling region near the Ohio border.”

The facility will convert natural gas – plentiful thanks to Pennsylvania’s large shale reserves – into plastics.

“We don’t need it from the Middle East anymore,” President Trump said. He touted “clean, affordable, all-American natural gas,” and noted that the facility’s union employees were “the backbone of this country.”

This is a fantastic display of American patriotism, and one that is well deserved. For years, Presidents have promised energy independence – and thanks to his rollback of burdensome regulations and his approval of key projects, President Trump is making this dream a reality.

The eco-left will no doubt be aghast that the President is helping provide jobs for rural Americans. Plastic, to them, is the new enemy, no matter the fact that’s its countries like China that are the ones really polluting the Earth.

Fortunately, President Trump isn’t one to care what environmental extremists think. He’s focused on providing jobs and economic opportunity, and the President’s visit to Monaco is yet another data point proving that he’s doing his job effectively.