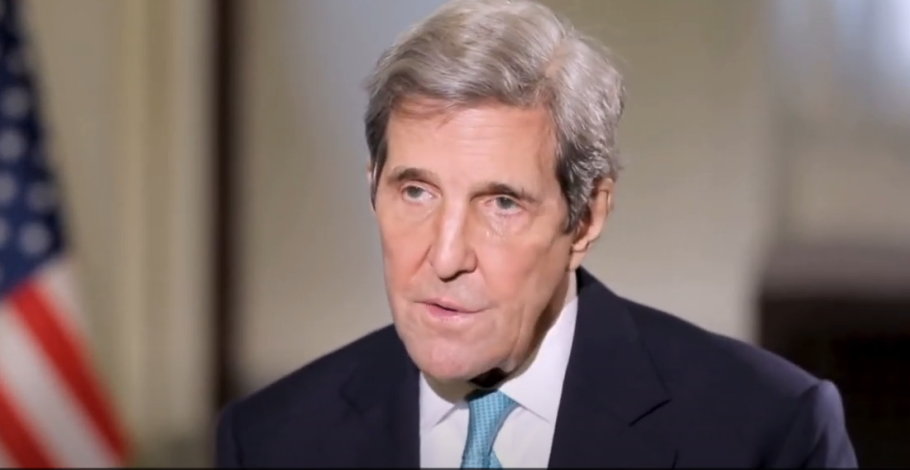 From gas prices hitting all-time highs to inflation not seen in a generation, there is no question energy was at the forefront in 2022. As the calendar nears the end of this volatile year, it is time to take a look back on the last twelve months and remember those who made a difference for energy, for better or for worse.

“The past 12 months have brought us unprecedented man-made energy disasters that were absolutely avoidable,” said Daniel Turner, Founder and Executive Director for Power The Future. “Thanks to Joe Biden and his army of eco-leftists, our families will still be paying for his ‘gift’ of failure long after 2022 is over. Yet amid all this turmoil, there are more and more people who are standing up to the failed climate agenda. They deserve our recognition, and give hope for 2023 and beyond.”

Without further ado, Power the Future presents the following list of twelve people and groups who need to be remembered for their actions in 2022:

John Calipari – On October 24th, the head coach of men’s basketball at the University of Kentucky noticed a dedicated coal miner in the crowd during a scrimmage. Calipari said “My family’s American dream started in a Clarksburg, WV coal mine, so this picture hits home,” and he later treated the miner and his family to a VIP experience.

Gina Reinhart – As an Australian energy leader, Mrs. Reinhart donates millions to sports and non-profits in her home country. In 2022, when members of the Netball Australia team refused to wear a logo in protest of fossil fuels, Mrs. Reinhart took back her $15 million donation. Ironically, the name of the protesting team is the “Diamonds.” We applaud her fearless commitment to an industry which employs millions worldwide and not letting eco-bullies get away with more lies.

West Virginia Coal Miners Rescue Stranded Electric Vehicle – In September, at least five coal miners in Tucker County noticed a couple stranded along the road near their mine. According to reports, the couple from Washington, D.C. were in their electric vehicle when it ran out of power. The coal miners kindly pushed the helpless car to their mine where it could get a recharge.

Alex Epstein – In 2022, author Alex Epstein continued to be a leading voice advocating for rational energy policy. He also released his latest book Fossil Future, advocating for the use of fossil fuels to continue to deliver abundant energy to everyone.

Rational Energy Voices Online – As the debate over free speech on social media platforms rages, there are those who stand for American energy online. These voices are critical to fighting back against the billionaires who fund faux grassroots groups with their hundreds of millions in contributions. There are those who stand up against this tidal-wave of failed ideas, they include:

The 18 Million American Fossil Fuel Workers – These men and women will work on Christmas, New Year’s and every other holiday in 2022 and 2023 to ensure your home has reliable power to keep temperatures warm and the lights bright. Eco-groups will continue to demonize them and destroy their jobs, yet American energy workers will continue to do their critical work so that everyone, including eco-hypocrites, have enough power.

COP27 Attendees – In November, the United Nations once again selected an exclusive resort to host their annual conference on hypocrisy. This year, attendees flew in over 400 private jets to lecture on climate while demanding climate reparations from our tax dollars. Likely not discussed at the conference were the blackouts that struck host country Egypt earlier this year.

John Kerry and Gina McCarthy – These unelected and unconstitutional “climate czars” in the Biden White House did tremendous damage to America’s energy workers this year – and worst of all, they are accountable to no one. Both refused to give the public or Congress answers as to what authority they have and where funding for their staffs is coming from. The Boston Herald wrote, “John Kerry is being called out for his display of ‘cowardice’ for ducking questions.” While Gina McCarthy is apparently accountable… only to environmentalists. She held secretive meetings at the White House with several eco-groups to discuss the administration’s climate change efforts and war on American fossil fuels.

Former UK Prime Minister Liz Truss – Standing up to the eco-left will land you on the Heroes list, but backing down makes you a Zero and that’s where we find Liz Truss. Recognizing the UK ban on fracking was fueling an energy crisis, Prime Minister Truss lifted the ban on the practice in September, a laudable move, especially ahead of a brutal winter. However, after serving for only six weeks, Truss resigned, turning the position over to a climate elitist.

Climate Art Destroyers – It’s hard to miss our next group of energy zeroes because they have been making a mess all over museums across the globe. It’s climate art vandals! This group of extreme activists are trying to destroy famous pieces of art by throwing food and paint on them. They most famously threw cake at the Mona Lisa, but their art attacks go well beyond that.

The Prince and Princes of Wales – Our next energy zeroes reached new heights of popularity this year, but their climate efforts fell flat. It’s Prince William and Princess Kate. In November, the couple were the centerpiece of a climate award gala in Boston. The event had much pomp and circumstance, and they planned to give out awards for climate innovation and renewable energy. The problem? The policies they’re promoting have resulted in rampant child labor in Africa and empowered China. The renewable energy sources the prince and princess are pushing rely on critical minerals like cobalt that largely comes from mines in places like the Democratic Republic of Congo. The Wilson Center concluded that 40,000 children work in these mines and are effectively slaves. To make matters much worse, the supply chains of these critical minerals are dominated by China and enrich Beijing.

President Joe Biden – Perhaps no president has done so much, so quickly to erode American energy independence than the current occupant of the White House. In 2022, he begged Saudi Arabia for more oil, cut a dirty deal with a dictator in Venezuela and leased the fewest acres of U.S. land for oil production since Harry Truman. He drained the Strategic Petroleum Reserve to new lows while delivering the highest gas prices in history. The whole time, Biden never accepted responsibility for his failures and instead decided to blame Covid, Russia, oil companies and everyone else under the sun for his own failures. Now, American families are struggling through Biden’s colossal energy disaster — all entirely manmade.

Energy Heroes and Zeroes
Back to Blog Posts