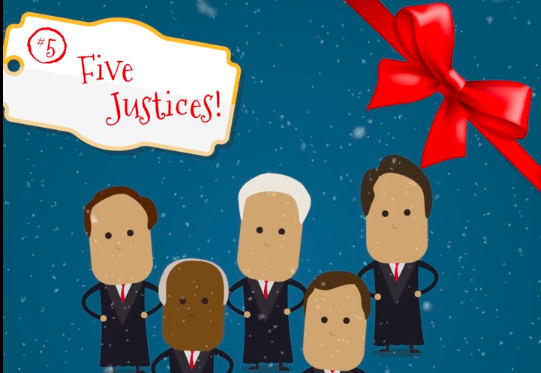 America witnessed the shameful smear of Brett Kavanaugh in 2018.  What began as a mockery of his name turned into a call for records from his White House years.  After a brilliant 2 days of public testimony before the Senate Judiciary Committee, with hostility beginning less than 10 seconds after the gavel fell, enemies of freedom went for broke.

Needless to say, it backfired, and while holding his head up high and shedding a few tears, Mr. Kavanaugh did what few in politics do: he fought back.  Four Democrat senators in red states, led by Senator Schumer, lost their reelection campaign.  The only Democrat who voted in favor of confirmation, Joe Manchin, narrowly kept his seat.

During the circus – err, process – green groups spent millions opposing Judge Kavanaugh.  They ran ads on social media, online, and on TV talking about what a threat he would be to (insert issue here).  But looking past the rhetoric, Power The Future knows the real reason the liberals were so afraid of Kavanaugh. Judge Kavanaugh opposes their statist view of land and their view of industry and energy.  Judge Kavanaugh does not buy into their binary false choice of clean environment versus economy.  And Justice Kavanaugh is not someone their feigned outrage, faulty logic or financed “science” can sway.

Not many could endure what Brett Kavanaugh so publicly and relentlessly was forced to go through.  For that, he deserves all our admiration.  But it is in future decisions, what his judicial philosophy means for growth and prosperity, where he deserves our gratitude.