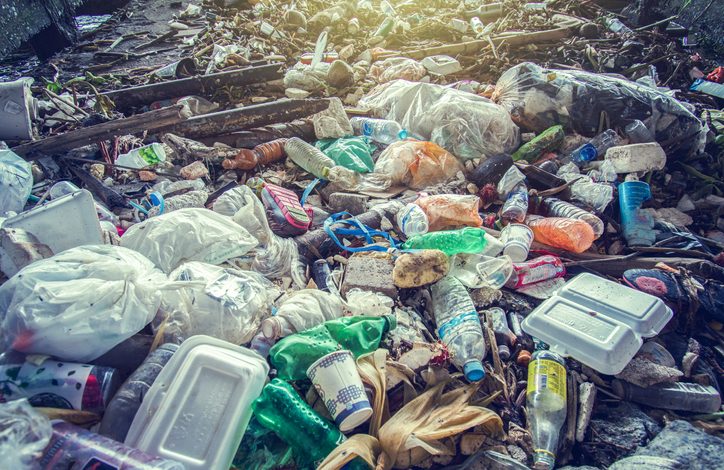 The latest environmentalist flub reads like a satire, but incredibly, it’s real, and there are photos to prove it!

In the great state of Louisiana, protestors associated with the L’eau Est La Vie Camp have been in the news for their extreme tactics to block construction of the Bayou Bridge Pipeline. Some have even resorted to building sky pods and tree houses or chaining themselves to construction equipment to make their point.

Now, however, they’re making headlines for a very different reason after news broke that the sites of their eco rallies are left looking like an absolute dump. Protesters are apparently leaving heaps of trash behind, even as they bash others for harming the environment.

The St. Martin Parish Sheriff’s Office posted a statement calling out the protesters, along with several photos of the protest-site-turned-garbage dump. The litter is so out of control the police threatened them with criminal charges (h/t to the Hayride):

Since July, several out of state protestors with the L’eau Est La Vie Camp – No Bayou Bridge have been residing in the Atchafalaya Basin area of St. Martin Parish in connection with the Bayou Bridge Pipeline project. More recently, they took up encampment in an area known as Bee Bayou. The alleged mantra of this group of protestors is that they are “water protectors” and are trying to preserve the waterways, terrain, and wildlife.

However, as seen in these pictures, trash, including the group’s banner; chemicals, personal belongings, plastic wrappers, tarps, buckets and human waste was left in their wake. St. Martin Parish residents have always prided themselves with the beauty of the Basin. Many have earned their living hunting and fishing in the Basin, and even more have enjoyed the recreational benefits that the Atchafalaya Basin provides. Unfortunately, the trash this group left behind and being washed into the water; posed a real threat to wildlife, fish, and boaters.

Deputies with the St. Martin Parish Sheriff’s Office reached out to the group and told them to please return to the area and pick up all of the trash they left behind or they would face criminal charges. Upon return to the area on Tuesday, October 30, 2018, by Deputies with the St. Martin Parish Office, it was noted that the trash has now been removed.

Local media has jumped on the obvious hypocrisy. Not a good look for the environmental left.

This isn’t the first L’eau Est La Vie’s first brush with the law.  They are closely tied to the Earth First! terrorist organization. The Earth First! Protestor manual is their handbook for violent protests, advising a serious list of illegal actions from vandalism to destroying public property to harassment and more.

Not only does L’eau Est La Vie have a background promoting violence to silence free discussion, now they have been caught polluting the earth they are supposedly committed to protecting.

Hypocrisy at its finest.