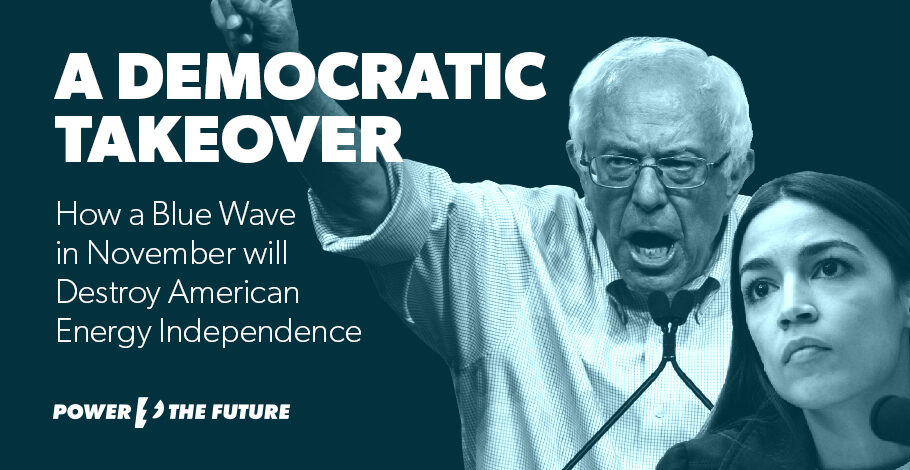 Election Day is just around the corner, and if polls are to be believed, the Democrats may be poised to take the Presidency, the Senate, and the House. To put it bluntly, this would be a disaster for the American energy industry, and by extension, our national security, economy, employment, and utility costs.

Power The Future’s new study “A Democratic Takeover: How a Blue Wave in November Will Destroy American Energy Independence” delves into how the Democratic party has changed since 2009 when it last held the Washington trifecta and what kind of extreme policies they could realistically make the law of the land.

Biden himself has been all over the map on his energy stance, promising radicals that he will eliminate fossil fuels and then swearing to Pennsylvania and Ohio voters that he will do no such thing. What we can say for sure is that he has brought in Green New Deal sponsors Sen. Bernie Sanders and Rep. Alexandria Ocasio-Cortez to help shape his climate policy.

Democrats in the House and Senate themselves have recently released reports with climate recommendations. Here are some of the highlights:

While many of the things that go on in Washington have little if any clear impact on Americans’ day-to-day lives, these radical proposals would bring clear and dramatic change for the worse.

Read the full report to learn more about what a blue future would hold:

Ohio
Pennsylvania
Back to Blog Posts