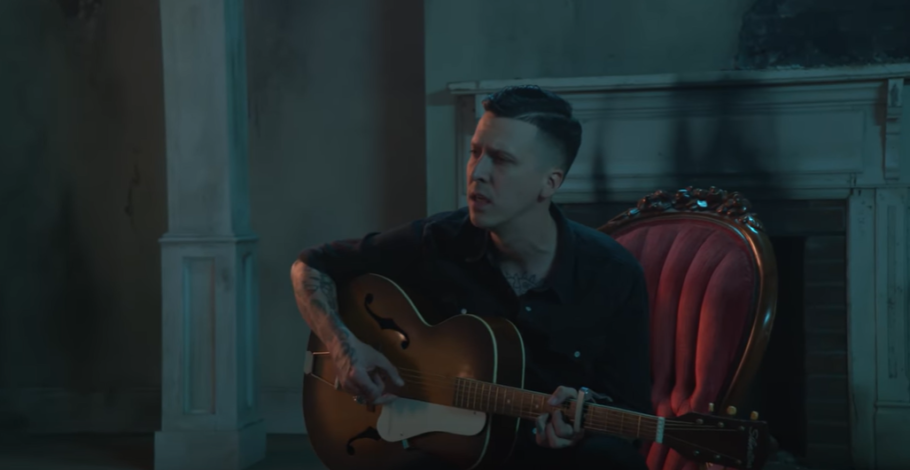 Screenshot from American Aquarium – “Me + Mine (Lamentations)” [Official Video]

Emerging from the mainstream music malaise saturating the entertainment industry and its radical-left connections, a new working-class anthem has risen. “Me and Mine,” the newly released song and centerpiece of American Aquarium’s upcoming album Lamentations (May 1) presents an authentic portrayal of the hardships facing rural Americans.

Lead vocalist, BJ Barham, laments the broken promises and exploitation from politicians on both sides of the political spectrum. “The harder we work, the more they take…Neither the left or the right are going to fight for folks stuck in between.”

For years, commitments to bring back jobs have rarely been upheld and the feeling of abandonment permeates every level of these ignored communities. Booming industries defined and provided for entire regions until extreme environmental regulations stripped the people of their way of life. Now, all that remains is a shell.

The setting of the music video shifts between various ramshackle towns, buildings, and businesses, emphasizing how the American Dream feels like a distant memory across the country. Barham sings, “Fool me once, shame on you/ Fool me twice shame on me/ That’s the day I gave up the American dream.”

The American Dream of our ancestors, a critical aspect of what has made America great, is now on life-support. Once thriving towns and industries across the nation now stand neglected, their crumbling walls, a cruel reminder of past prosperity, slipping like sand through the fingers.

The themes of this song will sound familiar to any fan of this blog or citizen who finds themselves concerned with the direction this country is headed.

As Barnham describes, “I wanted to write a song for the forgotten majority here in America. The working middle class was the backbone on which this country was built upon. Countless broken promises from the left and right have left the middle class desperate for a change.”

In America, we often hear about unity and commitment, both to our country and each other; ‘no man left behind’ has become a chorus throughout the military and ‘no child left behind’ in our schools. So, why is so much of the country indifferent to leaving its blue-collar workers behind? The battle to save our rural and industrial heartland from radical environmentalism continues. Perhaps a song like this reaching the ears of coastal elites will convince them of the poverties plaguing many parts of this nation.

It’s definitely worth a watch: