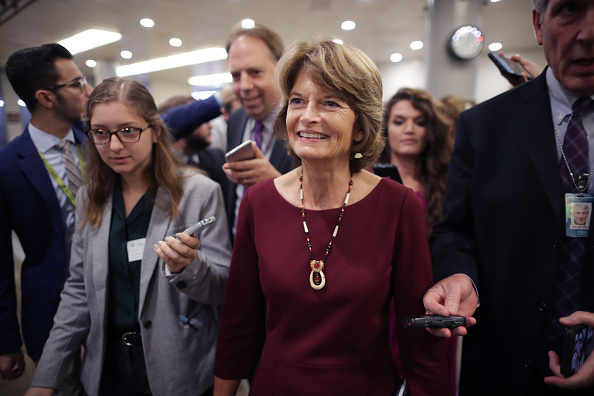 Alaska’s senior US Senator, Lisa Murkowski, addressed a joint session of Alaska’s Legislature on February 19th.   Murkowski, who has served in the Senate since 2002, started with a walk down memory lane, reminding the Legislature that during her time in the Alaska State House (1999-2002), she faced some of the same challenges the Legislature faces today.

The overall message of her talk was summed up in her early comment: “Alaskans always come together to rise to the occasion.”  Her discussion focused on a number of topics: The federal shutdown and its impact on Alaskans; the opioid epidemic that affects not just Alaska, but the entire US; federal funding, and her role in that through her seat on the Senate Appropriations Committee; the recent passage in the Senate of a bipartisan lands package; and Alaska’s importance in the world with regard to energy production and technology.

The bipartisan lands package Murkowski referred to is S. 47.  Co-sponsored by nearly 90 Senators, it passed the Senate 92-8.  While its reach covers states across the US, it has particular importance to Alaska, as it includes:

A major topic of Murkowski’s speech related to energy.  As Chairwoman of the Senate Energy and Natural Resources Committee, she stated she is “[P]ushing to keep regulatory approval for our gasline project on track.” She noted that her office is coordinating with various federal offices, including the Department of Energy, FERC, the Federal Energy Regulatory Commission and others key to helping advance Alaska’s energy production and projects.

She noted that, “After years of careful cultivation and immense effort, the Department of Energy and the private sector are looking to Alaska as the place for innovation – whether in microgrids, renewables, advanced nuclear, or other technologies.”

Murkowski focused on a number of projects in rural Alaska where federal dollars and local investment have helped create jobs and lower energy costs.

It is clear Murkowski believes innovation will be crucial to reducing power costs for rural Alaska. She noted that, “Those projects will make a real difference for local residents.  The cost of electricity was $.80 per kilowatt hour in Newtok last year before Power Cost Equalization.  In Saint Mary’s, it was $.50 per kilowatt, and in Mountain Village, heating oil was nearly $7.00 per gallon – twice what the average American had to pay.”

With Senator Murkowski in a key position in the US Senate to assist with Alaskan projects, as well as the opening of the 1002 section of ANWR, she reminded the Legislature that President Reagan had a mantra, “Personnel is Policy.” She noted the importance of people in the energy equation, stating, “Opening the 1002 Area wasn’t just about passing a bill – it is now about the efforts of qualified and competent personnel to process permits and reflect what Alaskans expect from a responsible resource development project.”

Senator Murkowski’s role as Chairwoman of the Senate’s Energy and Natural Resources Committee allows her to focus on Alaska – its people, its jobs and its future.  We thank her, and everyone in local, state and federal government who put people in front of politics, and work to enhance jobs, families and hope for Americans as we move forward.