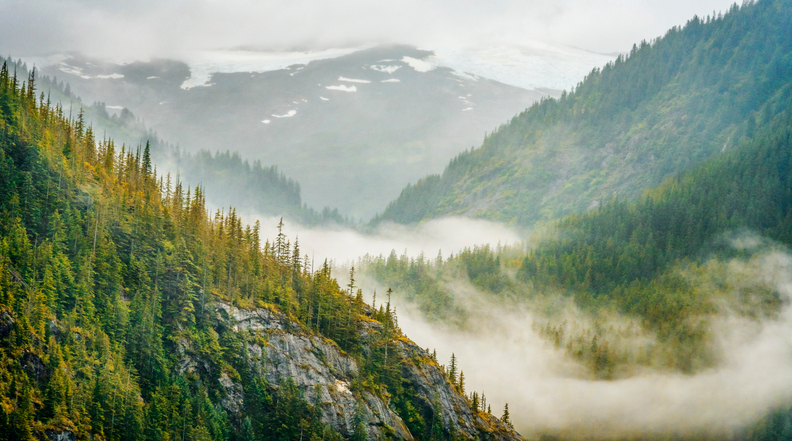 Most people think of Alaska as the “Land of the Midnight Sun”, a major oil and gas state, a land where wildlife abundantly roam free, where world-class fishing can be found statewide, and a state where vast mountain ranges, tundra, rivers and lakes sit side by side with responsible resource development projects.  People are correct – it is all of those and more.

Where a key resource has sat for nearly 30 years – off-limits due to environmental overreach during the Clinton administration – is in Southeast Alaska.  Logging – with its requisite mills to turn the wood into a multitude of products – was once responsible for over 3,000 direct jobs, feeding families and providing the economic cornerstone for communities from Prince William Sound to Prince of Wales Island.  But then environmental extremists – with help from rabidly-environmental Congressional members and Executive-level bureaucrats – enacted policies and passed laws that effectively shut down the entire industry.  Current estimates put logging contributing to approximately 300 direct and indirect jobs in the state.

The anti-logging initiatives led to job loss, out-migration and crushed families’ dreams.  One of the biggest contributors to this was the “roadless rule”, which put over 45% of the 17-million-acre Tongass National Forest off-limits to any drilling.

Now, the Trump administration is working to reverse that.  With cooperation and support from Alaska’s Congressional delegation, as well as Governor Mike Dunleavy, there very well may be changes to the rule, as well as lease sales for the Tongass, later this year or early next year.

Alaska’s resource development plans should include a robust logging program.  After all, good-paying jobs in Alaska don’t just have to be in the oil, gas and mining industries.  Southeast Alaska could see an economic renaissance once logging is re-opened.  That would be good for jobs, communities and future opportunities for many in Southeast Alaska.

Alaska
logging
Back to Blog Posts