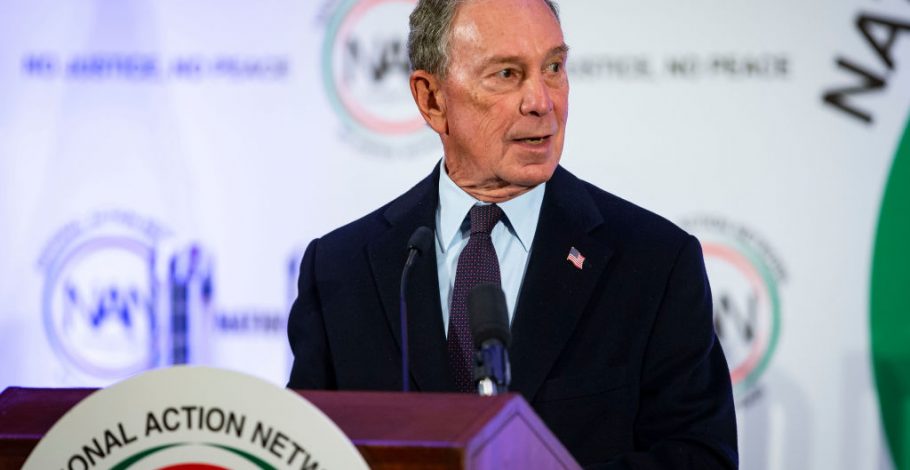 Politico explains that as a “White. Old. Male.” and a “Wall Street billionaire,” Bloomberg has “zero appeal in a Democratic primary where progressive populism is on the rise and activists and elites say it’s time for a woman or a person of color to win the White House.”

In order to brandish his far-left credentials and distract from his characteristics disliked by progressives, Bloomberg is apparently planning to make global warming and gun control his core policy issues.

“No successful presidential campaign has ever been anchored to those issues,” reports Politico, but Bloomberg seems intent on trying anyway.

Bloomberg’s strategy, though, would likely be a complete failure because of his blatant hypocrisy when it comes to environmentalism. In recent years, Bloomberg has ramped up his global warming preaching, jetting off to cities across the country to drop off checks in the name of environmentalism. Bloomberg even funneled $110 million to the extremist Sierra Club.

While Bloomberg wants to regulate the way we live our lives, he lives a “fabulous,” energy-intensive life. He owns a private jet AND a helicopter, as well as mansions all over the world.

It takes a lot of carbon to power multiple mansions and a fleet of aircraft.

Will the liberal base learn to love Michael Bloomberg’s billionaire, hypocritical lifestyle? We have our doubts.