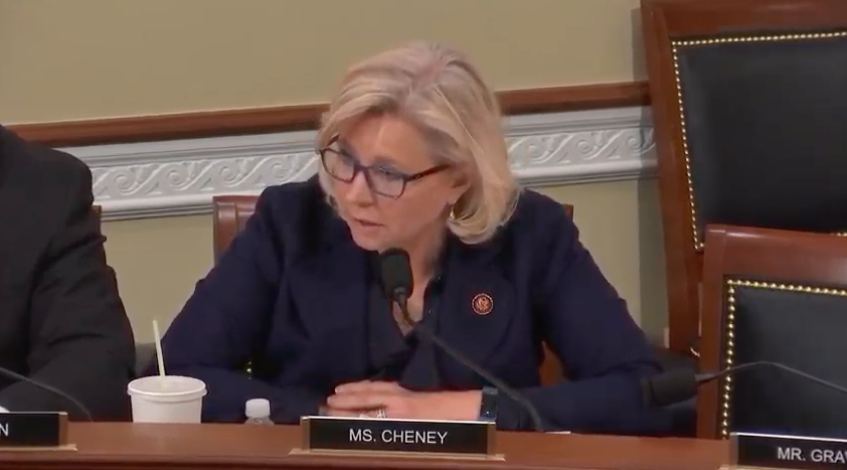 As the Congresswoman from Wyoming, the largest coal-producing state in the country, Rep. Liz Cheney knows how important the energy industry is, providing reliable power and good-paying jobs to families across this country.

Rep. Cheney displayed her intimate knowledge of America’s energy landscape during a natural resources subcommittee hearing yesterday, noting that coal is necessary to provide reliable power and questioning witnesses about the “Green New Deal” that many on the left are rallying around.

In just five minutes, Cheney dismantled the left’s argument for the “Green New Deal” and exposed their extreme plans to destroy the energy industry and fundamentally alter the American way of life.

Cheney honed in on the plan’s wild proposal to end all air travel, which was detailed in a document released by Alexandria Ocasio-Cortez’s Chief of Staff.

“I have to say, one of the issues that people are particularly concerned about is the extent to which we’re no longer gonna have air travel, apparently,” Cheney said.

Cheney asked what kind of flights might be allowed under the “Green New Deal” regime. For instance, would people with life-threatening injuries be allowed to fly to hospitals?

These are exactly the questions we need to be asking, as they make obvious just how ridiculous the “Green New Deal” is. When you delve into the specifics, the plan becomes unworkable and cruel. Air travel is necessary for our modern economy, as well as for vacation and visiting family and friends across the country.  How do urban transportation solutions like public buses and subways help people in Wyoming, the second least sparsely populated state in the nation? And that says nothing to the roughly 7,000 people who work directly in coal mining, and the thousands others who work in support industries.  When they all lose their jobs, and the ability to support their family, pay their mortgage, pay taxes, as school funding disappears and towns die (like we’ve seen in other areas of the nation), is government dependency the only option? What kind of “deal” is this Green New Deal? Not a deal for rural America.

We need more of our leaders in Washington asking questions like Rep. Liz Cheney did yesterday. The best way to dismantle the “Green New Deal” is to treat it seriously and ask the left just how any of this would be implemented.

When you do, the entire plan is revealed as a farce.