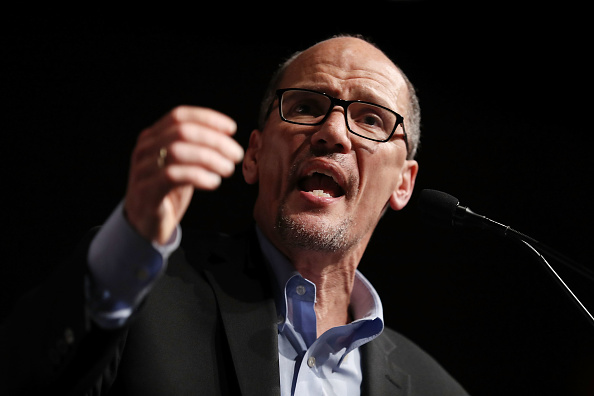 Over the weekend, a new firestorm began brewing on the left after the Democratic National Committee (DNC) announced that it would not hold a “climate debate” as part of the upcoming 2020 presidential debates.

Washington Governor and 2020 candidate Jay Inslee had requested the single-issue debate as a way to brandish his left-wing credentials.

But on Saturday, chair Tom Perez said that the climate debate was not “practical,” after being pressured by eco-activists to weigh in.

Inslee’s campaign pounced on Perez’s refusal to hold a climate debate, saying it diminishes “the organizing effort of our partner progressive organizations who have been demanding a climate debate.”

While Perez might claim that a single-issue debate is not “practical,” it’s not as if it does not happen frequently on the presidential campaign trail and from the likes of Rep. Alexandria Ocasio-Cortez regularly. Single-issue debates about the economy or foreign policy are commonplace.

So why is the fear of holding an environmental debate?

It’s likely because they know that highlighting their liberal leaders’ extreme energy and environmental policies would be a major turn off for regular Americans. With the debacle of the “Green New Deal” and leftists rolling out eco-plans that would ring up trillions of dollars in debt, Americans are growing tired of the continued threats against a healthy economy.

Even some traditionally liberal labor unions like the AFL-CIO stand opposed to the “Green New Deal.”

A “climate debate” would shine a light on the extreme views of the increasingly radical left, and establishment liberals know this.