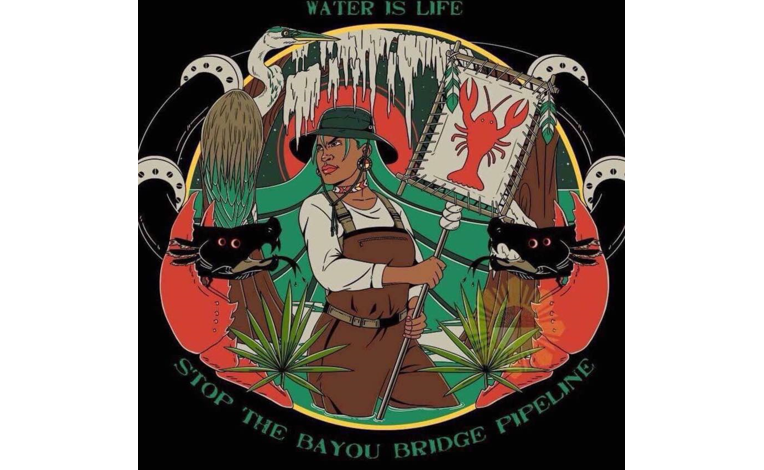 L’eau Est La Vie Camp is a group of environmental extremists operating in Louisiana. They call themselves a “floating pipeline resistance camp,” and their primary goal has been to stop the Bayou Bridge Pipeline, a needed pipeline infrastructure project that is part of the Dakota Access Pipeline. As The Guardian explains, L’eau Est La Vie engages in “direct actions to impede construction of the pipeline,” and they managed to “halt construction completely in some areas… for over a month.”

L’eau Est La Vie Camp also claims to be a leaderless organization that values “the voices of our indigenous, black, femme, and two-spirit organizers.” The group was started by the “Indigenous Environmental Network,” according to a press release from the organization.

The Bayou Bridge Pipeline is a necessary infrastructure project that will greatly improve Louisiana’s economy and provide Louisiana refiners with better access to North American crude oil while reducing U.S. reliance on foreign oil. The pipeline will pay millions in property taxes every year, and its construction pumped tens of millions of dollars into the Louisiana economy while creating thousands of jobs.

Fortunately, L’eau Est La Vie Camp failed in their mission. The pipeline was completed in March of 2019 and is now operational.

L’eau Est La Vie Camp has also come under fire for damaging the environment during the course of their protests, raising questions about their commitment to protecting the environment. The St. Martin Parish Sheriff’s Department said that the proctors were harming the land by traveling to the group’s remote campsite. The Sheriff’s Department also had to clean up tents, tent ties, and other trash from the protestors after the protestors failed to properly dispose of their trash, according to KATC.

The protestors were also caught chaining themselves to construction equipment.

While L’eau Est La Vie Camp claims to be a leaderless organization, they had one of their members, Cherri Foytlin, speak to the press as a “leader” of the resistance camp. Foytlin might not have been the best spokesman for the group, given her legal record. Foytlin was arrested in 2015 while protesting at BP’s office in Houston. In 2016, she was arrested and charged with obstructing a highway and resisting arrest. In 2018, she was arrested and charged with trespassing twice: first, while live-streaming a demonstration from private property, and later, while protesting a shareholder meeting of Energy Transfer Partners, the majority owner of the Bayou Bridge Pipeline.