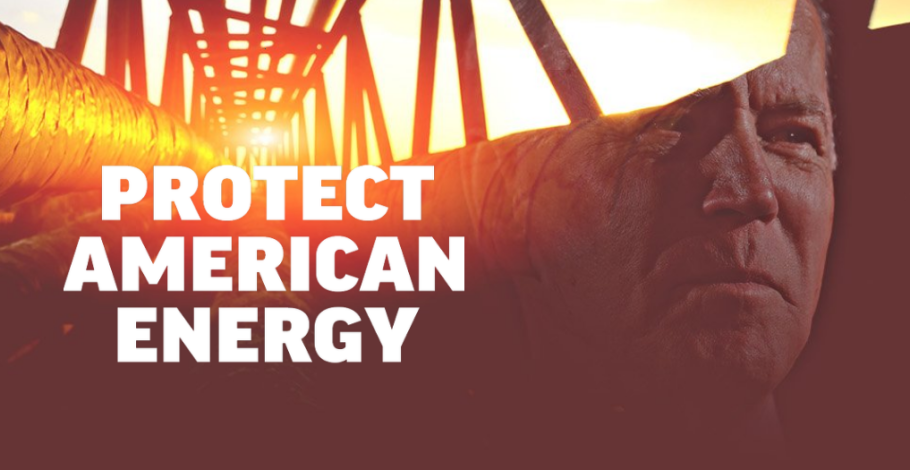 Power The Future is taking a stand against President Biden’s back door energy bureaucracy by launching ProtectAmericanEnergy.com. You can join our effort by standing with us!

Despite Biden’s denials of his responsibility for record energy prices, the president’s administration is continually using unelected bureaucrats, like those at the Federal Energy Regulatory Commission (FERC), to stop energy projects and make it more difficult to keep our energy independence.

Senate Energy and Natural Resources Chairman Joe Manchin (D-WV) called the commissioners of FERC up to Capitol Hill for a hearing and blasted their attempt to advance the punishing regulation. “We can’t take this seriously enough. So, to deny or put-up barrier to natural gas projects and the benefits they provide, while Putin is actively and effectively using energy as an economic and political weapon against our allies is just beyond the pale,” said Sen. Manchin. After the hearing, FERC punted on implementing the rule – but they might try to bring it back later this year. We can’t let that happen.

PTF is standing with Chairman Manchin. Will you join us? Visit ProtectAmericanEnergy.com and sign the petition telling Senator Manchin that you’re standing with him too.

“Little-known agencies like FERC have the power to block energy projects and they’re doing so, despite the President’s claim that he’s not responsible for record energy prices,” said Daniel Turner, Founder and Executive Director of Power The Future. “President Biden’s agenda is so extreme, he can’t pass it through a Congress controlled by his own party so he’s using agencies like FERC to force it through while he hopes we’re not watching.”

We won’t stand by while unelected political bureaucrats – like Richard Glick – ruin America’s energy independence. Tell President Biden and FERC that you are with PTF by heading to ProtectAmericanEnergy.com and joining the fight!