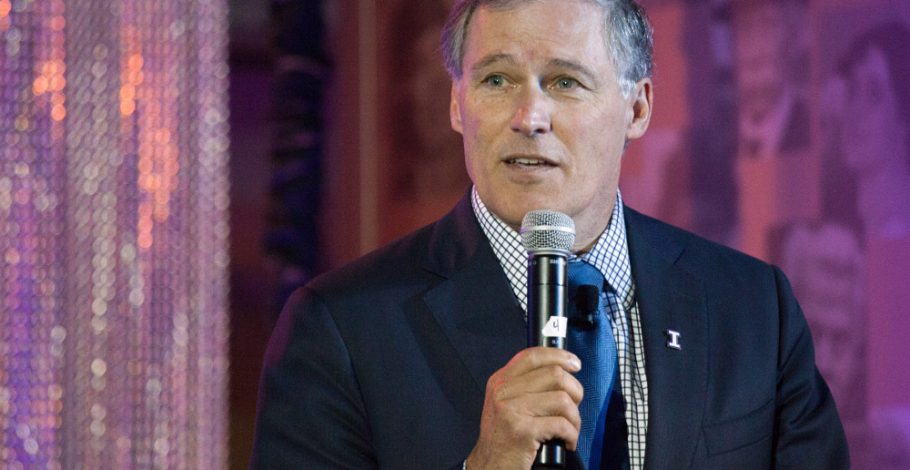 When the far left news site Vox is calling you a radical, perhaps you’ve gone off the deep end.

Inslee has been running a single-issue campaign on climate change. Yesterday, he outlined phase four of his energy plan, and it’s one of the most ridiculous proposals of any of the 2020 candidates.

Even Vox says the plan is “the most radical piece yet” and is “likely to be the most controversial.” Inslee’s goal is simple: ban fossil fuels and fracking.

Inslee wants to pass legislation to get a “national prohibition” on fracking, and wants to “cut off the flow of fossil fuels from the US” with a “permanent ban” on fossil fuel leases. He would create a new commission to “phase out domestic fossil fuel production” among other extreme proposals.

This “plan” is divorced from economic reality. First, it would throw hundreds of thousands of energy workers out of a job. Areas of the countries that have been experiencing an economic boom tied to fracking, such as the Permian Basin areas of New Mexico and Texas, would be devastated. Entire communities would go under. Inslee’s promise to replace their jobs with magical “green” ones is a farce.

Second, a blanket ban on fossil fuels makes no sense. Even if the US generally utilized “green” energy, fossil fuels would still be necessary inputs in a host of manufacturing processes. Plastics, for instance, require petroleum byproducts. Even those shiny new Tesla’s rolling off the lot require oil to manufacture. Inslee would cripple the United States’ manufacturing base.

Third, Inslee’s plan would undermine national security. The US oil and natural gas boom over the past two years has kept gas prices down and put energy independence within reach. It has given us latitude to take on Iran’s nuclear program with less risk of spiking oil prices. Inslee would destroy our domestic energy industry and force us to rely on foreign competitors like Russia and Iran.

Devastating the economy, hiking energy prices to astronomical prices, killing hundreds of thousands of jobs, and creating a severe nationwide energy shortage are just a few of the impacts of this ridiculous policy.

Fortunately, with Jay Inslee stuck at a measly one-percent in the polls, his “plan” is going nowhere fast.

Jay Inslee
Back to Blog Posts