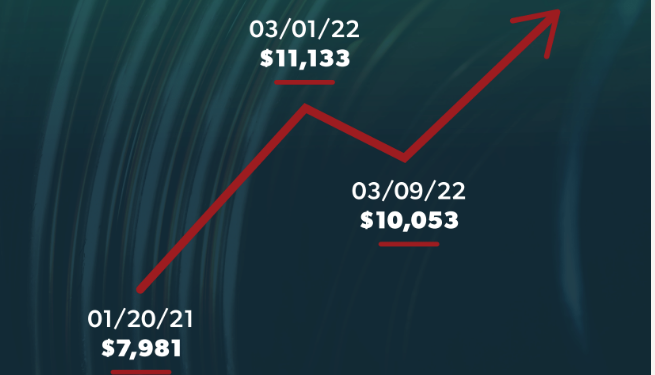 Last week, the University of Alaska-Anchorage’s Institute of Social and Economic Research (ISER) published a study outlining Alaska’s mining potential over the next 20 years.

The results?  In a favorable scenario, you could see more than double the employment and a significant increase in mining’s export value from 10% of state totals to 25%.

The biggest impacts to the national discussion on energy transition would be through five mined materials: copper, zinc, lead, graphite and cobalt.  Right now, each of those five has nearly the entire US supply imported, with Chinese and Russian companies the benefactors of American demand.

While we could spend 1000 words discussing the national security and supply-chain concerns associated with being dependent on China and Russia, we won’t.  What is notable, however, is that the costs for these mined materials have increased – sometimes skyrocketed – over the past 14 months, with cobalt the most shocking, as it has jumped from just under $33,000 to over $81,000 per metric tonne!

This means more American money is going to China and Russia than ever before for these materials; enriching countries known more for enslavement and invasion than environmentalism and human rights.

America – and especially Alaska – should be supplying those whenever possible.  It is too bad the Biden Administration is more concerned with enriching foreign countries than putting Americans to work in environmentally-responsible resource development.