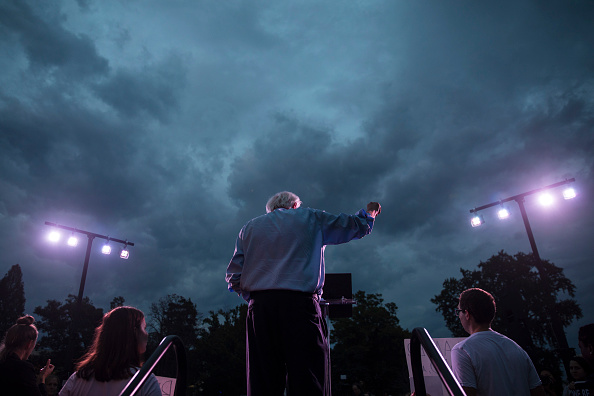 This afternoon, news broke that Bernie Sanders is planning a stop in Colorado on behalf of liberal Jared Polis later this month. The pair will target “young voters in Fort Collins and Boulder on October 24,” according to the Associated Press.

Importing an out-of-state socialist down the home stretch to win a quintessential battleground state like Colorado is an odd choice. After all, Polis has been doing his best to mask his left-wing views as he courts middle-of-the-road voters.

But the bigger problem for Polis is he now owns Sanders’ policy positions. After all, Sanders called for a national ban on fracking during the 2016 presidential campaign, leading CNN to astutely conclude, “If Bernie Sanders becomes president, America’s fracking boom will be in danger.”

Colorado would be hit harder than most by Sanders’ fracking ban. The state produces 4% of our country’s total crude oil production, and its output has tripled since 2010, “partly from the increased use of directional drilling and hydraulic fracturing technologies,” according to the U.S. Energy Information Administration.

The economic impact of the oil and gas industry is staggering. As a Denver Post column described it, “Colorado is enjoying an unprecedented energy production boom thanks to hydraulic fracturing, a drilling technique that enables companies to extract previously inaccessible oil and natural gas from underground shale rock formations. In 2015, Colorado produced 50 percent more natural gas and four times as much crude oil as it did in 2005. That production added $31 billion — more than the entire state budget — to our economy in just a single year.”

That’s $31 billion dollars a year that is in jeopardy if Bernie Sanders has his way. And, by deciding to campaign alongside him, Jared Polis now owns those policy positions, and any pretense of his so-called “moderation” is up in smoke. Bringing in Bernie may excite hippies and college kids in Boulder, but the energy workers who power Colorado’s economy and future, should be very, very concerned about what a Sanders-Polis policy agenda would look like.