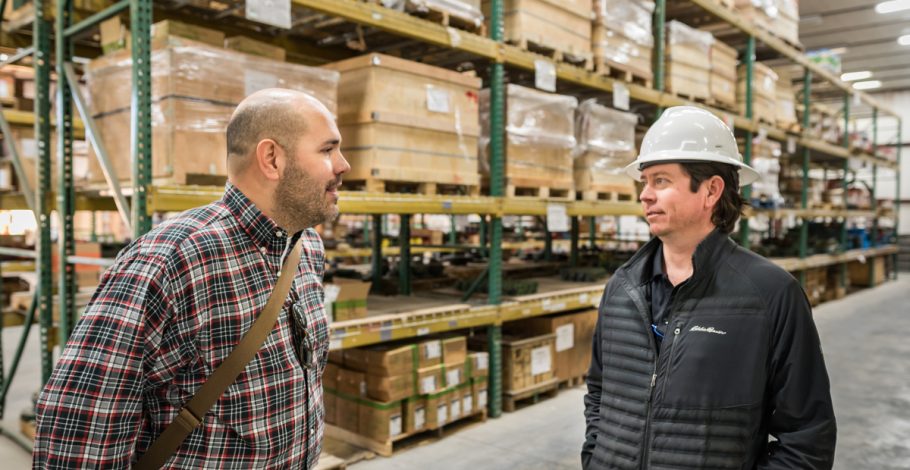 Two days after Christmas I was visiting a part of rural America.  The misting rain was quickly turning to ice, and arctic -like winds whipped and swirled around us.  I was high up on the catwalk of a drilling platform, talking to some incredible people about their work.  “It’s the best job in the world” one guy assured me.  And he meant it.

While most of America was taking refuge inside their homes, tens of thousands of people like them were at work.  Outside.  In the cold.  Producing energy.  Next time you turn up your heat, thank God for people like them.

Launching this new venture has given me the chance to meet some great people all across the country, and it has changed the way I see the world.  Whether it’s turning up the thermostat (and soon enough, the AC), boarding a plane, checking email, eating an orange, I can’t think of anything in my life that isn’t dependent on energy.

I know I’ve taken it for granted more than I should.  I’ve done relief work in the developing world, and being in remote places without electricity, I recognize how lucky America is.  But I never thought about the people who work very hard, in all weather conditions, to make it possible.  I do now, and this organization is dedicated to them.

Power The Future (PTF) is a national organization that engages at the local level to advocate for the men and women who power this country.  These are the folks with dirt under their nails and sweat on their brows.  We recognize their hard work, celebrate them, and thank them for their labor.  They are the ones who power today, and power the future.

And their jobs are under threat.

There’s a sad irony that the activists trying to put these fine people out of work are using the fruit of his labor to power their efforts.  They drive buses to protest oil.  They post on social media to protest coal.  And the main players, the leaders in terms of ideology and financial backing, fly around the world demanding people…don’t fly around the world.

There’s a dangerous short-sightedness in their agenda.  We all want a better tomorrow, but it’s a fact the people pioneering it are using the energy of today.  Their labs run on conventional electricity.  Scientists commute using conventional energy, and even if their cars are electric or their bus is a hybrid, those vehicles are made with conventional energy.

America is rich in energy, and rich in democracy, and Power The Future celebrates both.  Let everyone have their opinions and express their beliefs.  But when those beliefs threaten the jobs of the very people who enable the quality of life we enjoy, Power The Future will use the richness of our democracy to defend them, their livelihood, their family and community.

We’re just starting, and the task is monumental.  But if the men and women I talk to every day can do their part to power America today, we can do our part to power the future.

So here’s a heartfelt thanks to them with a promise: we’re here for you.

Daniel Turner is the Founder and Executive Director of Power The Future (PTF).   For nearly 20 years he has worked in communications and public affairs for several non-profits and various campaigns including in his home district (NY-9) for his Uncle Bob Turner’s successful and historic house race.

Daniel has expertise in outreach strategies, social media engagement, communications, and media relations including running the Office of Media Affairs at the US Department of State.  He has a degree in Philosophy from the Pontifical University of Rome, and speaks Italian, Spanish and French.

When not working Daniel can be found following college sports, enjoying his local restaurant scene, and serving on the Board of Directors of a non-profit that does relief work work in Africa.  Daniel is a native of Queens, New York and currently resides in Washington, DC.