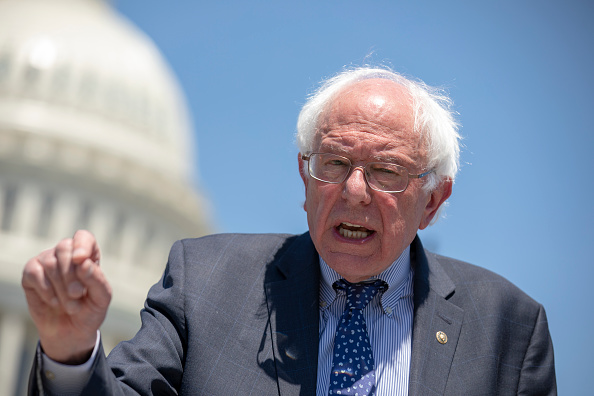 America’s wacky grandpa Sen. Bernie Sanders is jumping into Colorado politics with his eco-extremism in tow.

Sanders landed in Colorado Wednesday to support Jared Polis and other leftists in the state, but the fact that the openly socialist Senator is campaigning in Colorado shows just how liberal Polis truly is – regardless of how he hems and haws on energy issues.

Sanders calls climate change “the single greatest threat facing our planet.” Not North Korea or radical Islamic terrorists. Climate change. With this in mind, Sanders has pledged his support for a slew of ideas that are as unrealistic as they terrible for energy workers. Among other things, Sanders is calling for a costly carbon tax and cutting nearly all fossil fuel emissions by 2050.

Until now, Polis has tried to hide his liberal environmental stances because he knows that regular Colorado residents understand the importance of the energy industry to the state. Polis has appeased the skeptics with his opposition to Proposition 112, but his support for 100 percent renewables in two decades shows that his long-term plan is to destroy the current energy industry wholesale.

It doesn’t take a Ph.D. in political science to know that if Polis is taking major cash from far left-environmentalist Tom Steyer (who funds the extreme Sierra Club) and is asking a socialist to campaign for him, he will be no friend to the state’s energy workers.