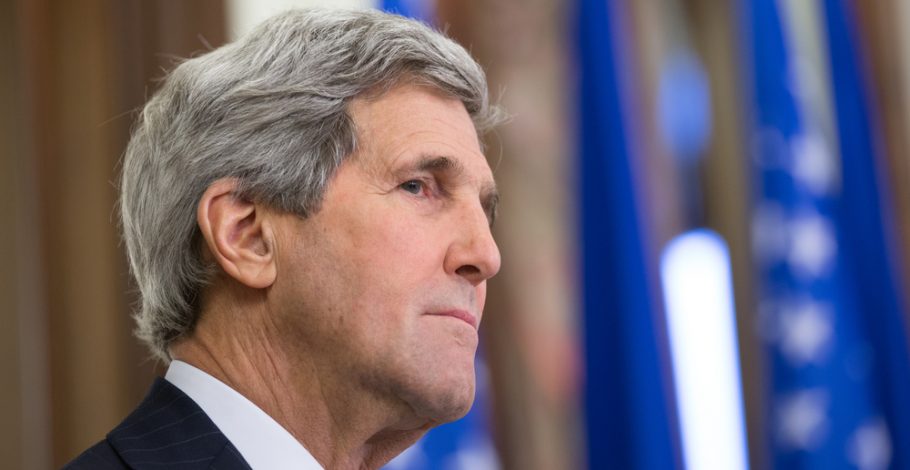 When John Kerry sat down yesterday, his seat in the Biden leadership team was significantly hotter than when he last sat in it.

The bombshell revelations that Kerry leaked Israeli national security secrets to the Iranians led to widespread criticism yesterday, as well as many calls for Kerry to be fired or forced to resign from his newly-created and highly partisan position of International Climate Envoy.

Leading the charge was Alaska Senator Dan Sullivan, who took to the Senate floor shortly after reports were filed on Kerry’s potentially treasonous actions.

In Sullivan’s 14-minute speech, he outlined how many of Kerry’s recent and historical actions have set America’s energy agenda back, how families of energy workers have suffered in the name of climate, and how Kerry’s positions on climate run opposite to most Americans’ views on energy security.

But, he cautioned, none of those misgivings have called him to take to the floor to ask for action against Kerry.  The anti-Israeli actions, however, need significant, immediate and thorough reprimand.

By revealing secrets of one of America’s strongest allies, Sullivan noted, Kerry was helping a country that is “…the largest state-sponsor of terrorism.  A country that was responsible for the killing and wounding and maiming of thousands of America’s servicemen and women.  Whose leaders have the blood of Americans on its hands.”

Sullivan clearly articulated what most Americans are coming to realize.  The Biden administration’s actions – from the President to his cabinet to his appointed “czars” of climate, social and environmental justice on down the line – are not being made in the best interests of America’s workers, families or communities.

We applaud Senator Sullivan for his direct rebuke, and hope the rest of Congress is as immediate and decisive as he is to condemn these anti-American actions.

You can watch Senator Sullivan’s speech in its entirety here.