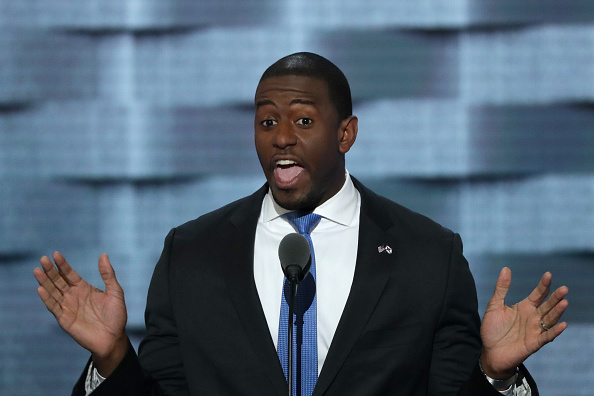 Florida rejected Hillary Clinton in the 2016 election, but now she is leveraging her donor connections to help liberal Andrew Gillum get the upper hand in the state’s gubernatorial race.

Though Clinton was widely expected to win Florida, she lost to Trump in an upset victory. In her effort to appeal to voters in these swing states, Clinton tempered her language on environmental issues, acknowledging climate change but being squishy on issues like fracking.

These days, Hillary’s political clout is bankrupt. So she’s doing what she knows how to do best: cashing in on her clout to raise big campaign dollars.

Apparently for Gillum, Clinton’s recent comments rehashing the Monica Lewinsky scandal and her admonition that the left should forego civility weren’t enough to tell her to stay away from Florida.

Clinton has become a toxic relic of the past, and that’s why Gillum is working with her behind closed doors and away from the public. He is keeping her hidden while taking her money.

But it seems Gillum’s ideological zeal on environmental issues has outpaced the ever-calculating Clintons. Gillum wants to entirely wipe out the oil and gas industry, committing to achieve 100 percent renewables. He also supports a moratorium on new fossil fuel infrastructure such as fracked gas power plants and pipelines.

The irony is that Gillum calls oil and gas outdated relics of the past, but if his unrealistic new energy proposals are so popular, why does he need help from the oldest relic in politics?