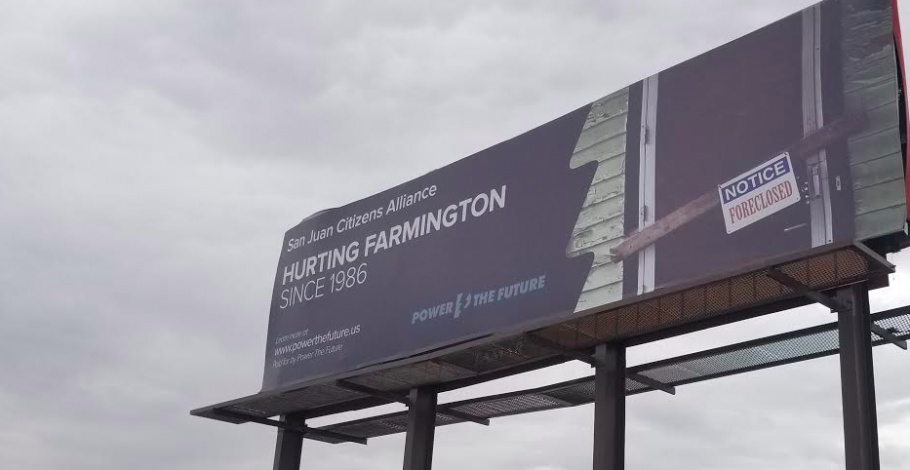 As America’s energy industry continues to grow through both increased technological advances and a more friendly regulatory environment, New Mexico has also seen its fair share of growth.  We celebrated the news last week that the New Mexican treasure acknowledged an additional $1.2billion in tax revenue which will help grow in infrastructure and educational investments.  This is a great testament to the thousands of men and women working across the state.

But not all New Mexico is winning.  We also highlight the city of Farmington and its almost decade-long decline in prosperity and population.  As towns in the southeast like Artesia and Roswell and Hobbs are growing in numbers and growing in wealth, Farmington is running out of money for its school system and seeing its working class leave.

This is not the markets at work.  This is not the evolution of industry or the inevitable result of a changing economy.  No- what is happening to Farmington is the deliberate and inescapable consequence of when environmental radicals influence policy.  And one group in particular has lead the charge: San Juan Citizens Alliance.

That is why we are calling them out.

Our billboards in Farmington lay the blame at their feet, for they have peddled junk science and doomsday scenarios on weak-willed politicos who did their bidding, and shut down the once prosperous coal industry.  What about the Navajo Nation which will see its members leave their tribal lands to find work elsewhere?  What about the generations of energy workers who are proud citizens of the area who will leave their hometown? Dwindling city coffers, decreased home prices, stagnant economy?

San Juan Citizens Alliance, and groups like them, own all of that.  And Power The Future, only 6 months old, will call them out every time they threaten the jobs of energy workers, and every time their activism brings ruin to rural America.