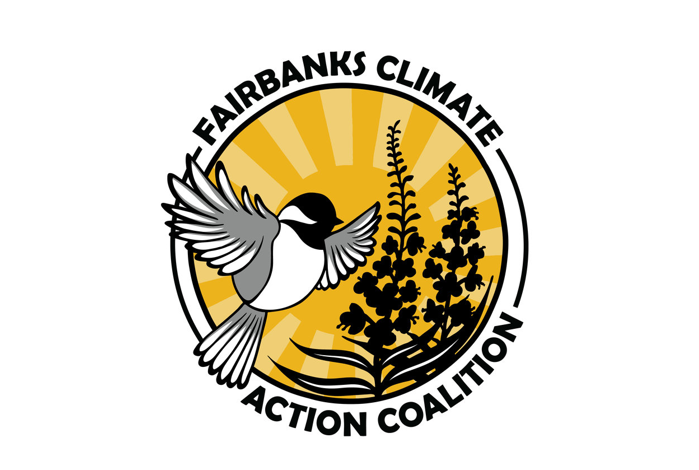 Fairbanks Climate Action Coalition (FCAC), formed in November 2015, is a “growing group of concerned citizens motivated by the moral, spiritual, & scientific duty to take action & elevate voices calling for responsibility to each other, the earth, and all living beings.”

FCAC was co-founded by Enei Begaye Peter who is the Executive Director of Native Movement. In addition to FCAC and Native Movement, Enei has been involved with a number of environmental groups including Sierra Club, Western Mining Action Network, Grassroots Global Justice, and Indigenous Environmental Network. Enei is co-founder and Vice Chair of the Black Mesa Water Coalition, an environmental justice group based in Flagstaff, Arizona that advocates for “No Coal.” Enei has said, “the Indian Wars are not over. We are still fighting to protect our lands and our territories.”

FCAC partnered with Defend the Sacred AK and Northern Alaska Environmental Center to fight against the Trump Administration’s expanded National Outer Continental Shelf Oil and Gas Leasing Program. The groups said it was “an unprecedented threat to coastal communities and Indigenous livelihoods, the environments they depend on and our global climate.”

In reality, the plan to expand offshore drilling in Alaska would be a boon to the state. According to the Resource Development Council, “oil and gas development in the Arctic OCS is predicted to produce an annual average of 35,000 direct and indirect jobs over the next half century for Alaska alone. Those jobs would represent a total payroll of over $70 billion.” Additionally, it could generate $200 billion in revenue for local, state, and federal governments.

FCAC has organized protests against efforts to drill in the Arctic National Wildlife Refuge (ANWR). In 2018, the group once again partnered with Defend the Sacred AK and led a protest against Department of Interior officials that met with local officials about drilling in ANWR. Princess Johnson, a member of the FCAC council and producer of the PBS animated series Molly of Denali, said, “This is serious and the fact that we’re standing out here and letting our voices be heard, Murkowski, Sullivan, Young, we are watching you. We see exactly what’s going on, what happened with that tax bill. You sold us out with that tax bill and we’re keeping track and we’re going to elect new people to really reflect our values.”

According to various studies, opening ANWR to energy exploration would create 55,000 to 130,000 jobs in Alaska. FCAC and its sister organizations are once again fighting job creation in Alaska.

Enei Begaye Peter’s partner and co-founder of Native Movement, Evon Peter, is the Vice Chancellor for Rural Community and Native Education at the University of Alaska. Shortly after FCAC formed in late 2015, a new organization started at the University of Alaska. In January 2016, UAF Climate Action (UAFCA) was established for “campus-based activism  in collaboration with the Fairbanks Climate Action Coalition, which focuses on community-wide climate change activism.”