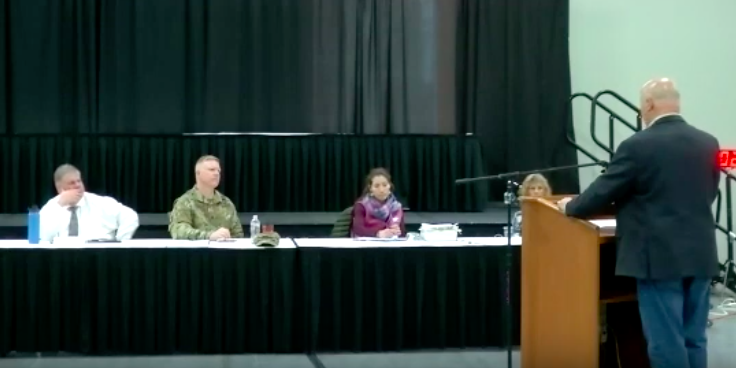 If you were one of the thousand or so people who showed up to the Dena’ina Center in Anchorage on April 16th, you saw and heard two very distinct groups of people testify during the public hearing on the Pebble Project’s Draft Environmental Impact Statement (DEIS).

From one group, you observed testimony, complete with tears and pleas to cancel the process. Their testimony was grounded in emotion, not facts. Their feelings towards bears and salmon – which won’t actually be harmed by the project – outweighed their concerns towards their fellow Alaskans who desire work.

From the other group, you heard about jobs – six-figure jobs that number near 1,000 – for a region that regularly sees double-digit unemployment for six months or more of every year.  You also heard how Pebble has scaled back its mining operational plans to account for what it heard during the first set of public comment periods. You heard how villagers from the region have hope that children and grandchildren won’t be forced to leave the region for employment, how the half-dozen Pebble employees and contractors who testified have observed the exploration process, and how it has left the land virtually undisturbed after taking its core samples.

This stark contrast in talking points – one created by template and driven by feelings and emotion, one driven by facts and logic, with tinges of gratitude mixed in – was palpable.

Groups such as Cook Inletkeeper, Save Bristol Bay and the Alaska Center (for the Environment) have emailed, handed out and mailed “how to testify against Pebble” tips to anyone and everyone they could think of.  The groups’ supporters – many of who were commercial fishermen, students and known anti-development zealots – recycled many of the same lines over and over, just like they had in previous stops during the DEIS process.

The majority of the pro-process testimony came from individuals connected with the ongoing, (responsibly-done) resource development organizations, as well as Alaskans concerned with why a state with a budget gap would shy away from a potential new source of revenue.  This group’s testimony regularly reminded the Corps that the DEIS specifically stated that the science-based report found little-to-no chance of the Pebble Mine harming fish in Cook Inlet or Bristol Bay.

Power The Future’s Rick Whitbeck was proud to have testified during the hearing.  Focusing on the jobs and economic opportunities the Pebble project would provide, he delivered a scathing rebuke to the extremists’ message that there is a binary choice between fish and mining.  Should Pebble ultimately become operational, those 1,000 jobs will do wonders for the Bristol Bay region.  Power The Future supports the process for the project and encourages others to do the same.