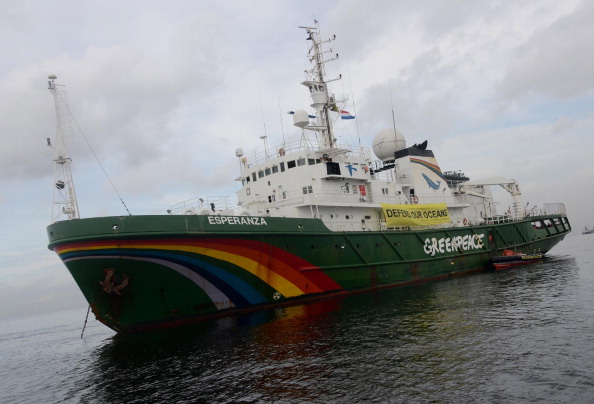 When you’re an eco-group willing to do anything to hassle energy workers and attack the industry, what do you do?

For one extreme bunch of eco-activists, the answer is to act like they’re in “Pirates of the Caribbean.”

Reuters reports that extremists from “Greenpeace,” a well-known eco-group, have been trying to stop a BP drilling rig off the British North Sea by using their own ship to hassle, cut off, and even attempt to illegally board BP’s ship. It’s being called a “high-sea chase.”

That’s right, “Greenpeace” has their own naval ship, and they’ve taken eco-protesting to the high-seas.

Maritime Executive reports that “The standoff between climate activists and BP has been on-going for over a week as activists continue to stop BP’s plans to drill a new well in the Vorlich oil field, containing an estimated 30 million barrels of crude.”

Greenpeace activists are working “in teams to board” BP’s ship. Fourteen activists have been arrested for these crimes.

Cutting off ships on the high-seas and literally trying to board them without permission is reckless, dangerous, and wrong.

With the Trump administration’s efforts to support offshore drilling, don’t be surprised if Greenpeace or other eco-groups bring these tactics to America next.

Greenpeace
Back to Blog Posts