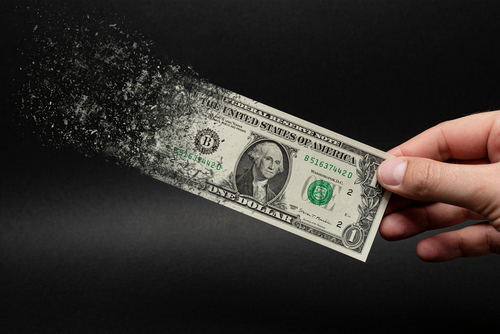 This morning, America received more bad economic news: inflation worsened in the month of August. The inflation rate ticked up 0.1 percent and household goods and costs are now 8.3 percent higher than they were just one year ago.

CNBC reports that a big driver of inflation has continued to be energy and food prices. “Energy prices fell 5% for the month, led by a 10.6% slide in the gasoline index. However, those declines were offset by increases elsewhere. The food index increased 0.8% in August.”

While the cost of gasoline is down slightly, Americans are still paying a whopping $3.70 per gallon with expectations the price at the pump could be on the increase once again. Meanwhile, natural gas prices are skyrocketing and hit a 14 year high recently. With winter on the way, the demand for natural gas will only climb. This latest inflation failure comes just as it was reported that Joe Biden opened the least amount of land for oil and gas production of any President in over 70 years.

“When Joe Biden intentionally destroyed American energy independence, he not only lit the match on inflation, but he will now also deliver an expensive and cold winter to millions of Americans,” said Daniel Turner, Founder and Executive Director of Power The Future. “Our allies in Europe are already coping with the loss of critical energy and that pain will soon arrive here because we have an administration that cares more about failed ideology than helping families. While others struggle to choose between heating and eating, it’s a pretty safe bet that the thermostat in the White House will be nice and warm all winter.”