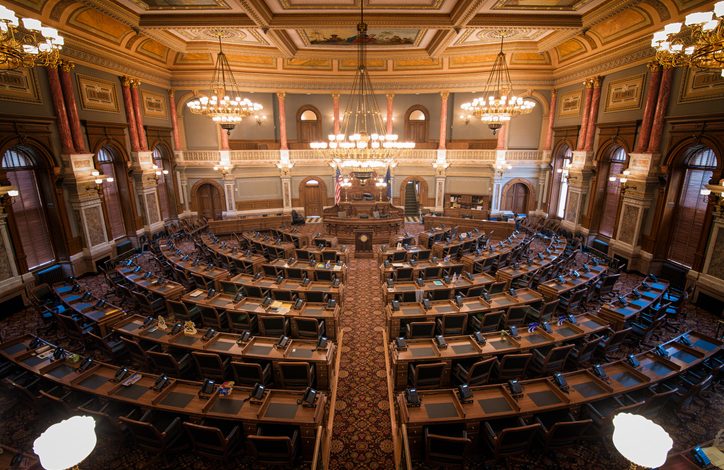 There’s a battle brewing on the left, and it could get ugly.

Leaders on the left have so far evaded attempts by liberal billionaire Tom Steyer to split the party on Trump’s impeachment, but now an environmental squabble could be the issue that finally rips them apart.

Representative-elect Alexandria Ocasio-Cortez stole headlines this week when she joined a mob of protesters that flooded Nancy Pelosi’s office calling for action on climate change. Ocasio-Cortez’s hasn’t, as was widely noted by the press, even found an apartment in D.C., but she hasn’t wasted time going straight for Democrat leadership.

It even seems Ocasio-Cortez is trying to take the Democrat party hostage, and she might succeed.

News reports indicate she circulated a petition that includes her demands. From Axios:

Within 24 hours, news broke that House Democrats, albeit begrudgingly for some, will hold hearings on climate change early next year.

Is this the beginning of the great civil war on the left? If so, Ocasio-Cortez seems to have won a minor victory with a surprise attack. But Democrat Rep. Frank Pallone, a longtime party insider from New Jersey who is poised to lead the Energy and Commerce Committee in the next Congress, was just asked about reviving a select panel on global warming.

Time will tell whether this fight breaks into a full civil war. But with environmentalist culture’s penchant for grandstanding and top Dems unwillingness to budge, things aren’t looking good for the left.