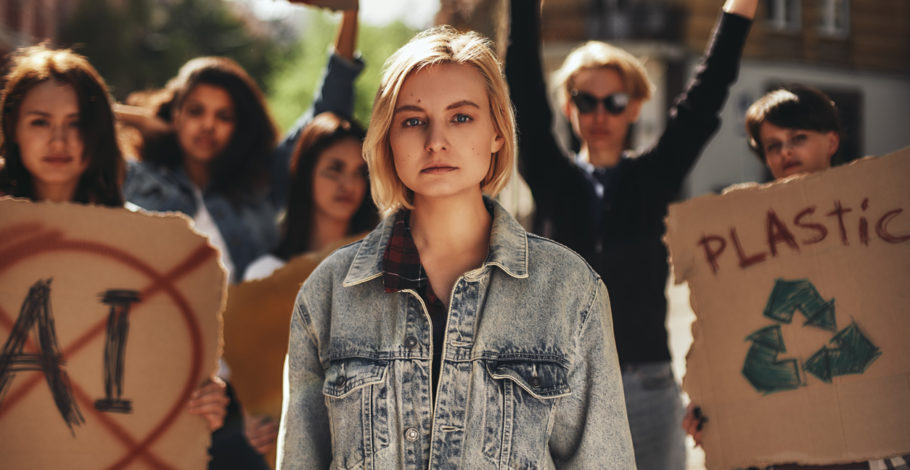 The editorial board from Colorado’s local paper, The Gazette weighed in, and they were less than impressed:

Random teenagers held signs suggesting strangers have sex with them instead of F-bombing Mother Earth. A toddler’s sign said, “let’s eat baby boomers.” Another placard said, “EAT the RICH SAVE the PLANET,” as a speaker on stage asked the crowd to hold hands and celebrate unity.

Organizers paraded young kids on stage to lecture about environmentalism with words they could barely pronounce. Adult speakers introduced themselves with genetic credentials that attested to minority status. Climate change, they insisted, takes a disproportional toll on Indians and other minorities.

At least one speaker said climate change harms members of the LGBTQ community more than others.

That message should offend LGBTQ individuals and those who love them. LGBTQ does not mean weak. Rising heat and sea levels don’t much care about sexual orientation. As such, they probably affect LGBTQ individuals no differently than anyone else.

From start to finish, this was an embarrassing carnival of self-pity, blandishment of grievance and evangelical catastrophizing about an imagined any-day-now Armageddon that targets minorities first. Children were used as props for it all.

Fossil fuels are necessary to heat homes, help grow food, and end poverty without prejudice. The left’s solution to eliminate fossil fuel production and consumption entirely is not a solution at all. It will burden the economy, push the cost onto average Americans all the while eliminating innumerous American energy jobs.

But don’t take it from us. The Gazette put it perfectly:

Traditional fuels do not doom life on Earth, no matter how much propaganda activists channel through innocent kids. Fossil fuels — like the climate — do not hate Indians, gays or other minorities. They heat homes, help to grow food and end poverty without prejudice. That’s no good reason to skip school and strike out against them.